For years Joseph Mattson was a rambler, working as a farmer, fisherman, dishwasher, short-order cook, getaway driver, blood donor, home healthcare worker for the developmentally disabled and the clinically mentally insane, playing punk rock music, and too much more. He is the author of the collection of stories EAT HELL (Narrow Books) and EMPTY THE SUN: A Novel with Soundtrack by Six Organs of Admittance (A Barnacle Book/Drag City), and is the editor of TWO LETTERS: COLLECTION OF ART & WRITING VOL. TWO (Narrow Books) and THE SPEED CHRONICLES (Akashic Books), an anthology of original fiction about the drug speed, featuring WILLIAM T. VOLLMANN, SHERMAN ALEXIE, BETH LISICK, MEGAN ABBOTT, JERRY STAHL, JAMES GREER, JAMES FRANCO, and more. Mattson's award-winning poetry and prose has been published in AMBIT, SLAKE, THE RATTLING WALL, and dozens more, and EMPTY THE SUN was a finalist for the 2010 SCIBA Fiction Award. Mattson has also been shortlisted for DZANC's 20 Writers to Watch list, an alternative to THE NEW YORKER's 20 under 40 list. An epical rambler still, miles under him have brought Mattson to far-flung nooks and heights of the world, including the deepest jungles of South America and Southeast Asia, both of which are informing some of his current projects, including the forthcoming novel COURTING THE JAGUAR, "[a] brutal and exquisite mind-bending travelogue of immaculate conception, obsession, and vengeance in the swarthy guts of the Amazon Jungle" (Augustus Townsend, Barnacle). Mattson is also ceaselessly at work on the novel HEXICO (for which he received a prestigious 2011 City of Los Angeles Artist's Fellowship), a contemporary re-imagining of the West as if the Mexican Cession of 1848 never happened and the U.S./Mexican border is the spine of the continental divide rather than the desert Southwest, and wherein a beautiful T-girl is impregnated by a chupacabra and is on the run from both countries. Mattson tours constantly--though not as much as Six Organs of Admittance--invite him to your town and he will come--and has read at independent bookstores nationwide, at sold-out performances with Six Organs of Admittance, ARTHUR Magazine, Bret Easton Ellis, Jerry Stahl, and more, and has also been invited as a guest lecturer/reader at universities. Joseph's home base is Los Angeles, California. For further info, please visit www.emptythesun.com, www.akashicbooks.com, www.slake.la, www.abarnaclebook.com, and www.narrowbooks.com. TESTIMONIALS: Praise for EMPTY THE SUN: "Joseph Mattson writes like a guitar player with nineteen fingers--everywhere at once, stinging, dark, and beautiful." --JERRY STAHL, author of PERMANENT MIDNIGHT and PAIN KILLERS "Several Passages [of EMPTY THE SUN] induced the shiver of aesthetic bliss in my spine that Nabokov famously described as the indicator of good and true writing." --JAMES GREER, author of GUIDED BY VOICES: A BRIEF HISTORY and THE FAILURE "Joseph Mattson is a monster of a writer." --BETH LISICK, author of EVERYBODY INTO THE POOL and HELPING ME HELP MYSELF "Joseph Mattson is one hell of a motherf--king writer." --JEFF GARLIN, author of MY FOOTPRINT: CARRYING THE WEIGHT OF THE WORLD and co-star and executive producer of HBO's CURB YOUR ENTHUSIASM "As ROLLING STONE once said about Public Enemy, EMPTY THE SUN doesn't just break new ground--it's become the new ground to break." --Dan Collins, LA RECORD "Mattson offers a new spin on the noir genre in EMPTY THE SUN...irresistible and deftly managed; the author is a master of discrete observation, yet, in the same moment, can level a word-loaded shotgun at your face and indiscriminately pull the trigger. Mattson notes the peculiar nuances of character and setting in a fantastically unique way...packed with witty, subtle dialogue and cascades of bold, apropos descriptions, EMPTY THE SUN is an unquestioned feast of language. Were you to underline every jaw-dropping, humorous, or incredulous line contained in this gem of a book, your pencil would run out of lead halfway through." --Andy Stewart, RAIN TAXI REVIEW OF BOOKS "EMPTY THE SUN balances its verbal and narrative excesses with emotional substance and a convincing variation on the theme of loss. Mattson makes it clear that this is not just a Thompsonian exercise in self-medicated wild-man alienation [...] it's the raw eccentricity of his prose and storytelling that holds you for the ride..." --Steve Miller, THE BOSTON PHOENIX Praise for THE SPEED CHRONICLES: "Just reading the table of contents for this fu--er makes me want to hop in my time machine, zoom back to 1966, and find those two dubious physicians who used to write me scripts for Dexedrine, even though I was too tall and skinny to live already. Mainline this book now!" --James Ellroy "Akashic launches a new series of crime anthologies, each focused on a different controlled substance, with this addictive volume." --PUBLISHERS WEEKLY "All told, The Speed Chronicles deserves great praise for the audacity of the topic, the depth of the discussion, the diversity of its voices, and plain, old, good storytelling." --NEW YORK JOURNAL OF BOOKS "The perfect stocking stuffer for your uncle in AA." --NEW YORK OBSERVER Author Photos by DEVRI RICHMOND and by KURT MANGUM, www.kurtmangumphoto.com 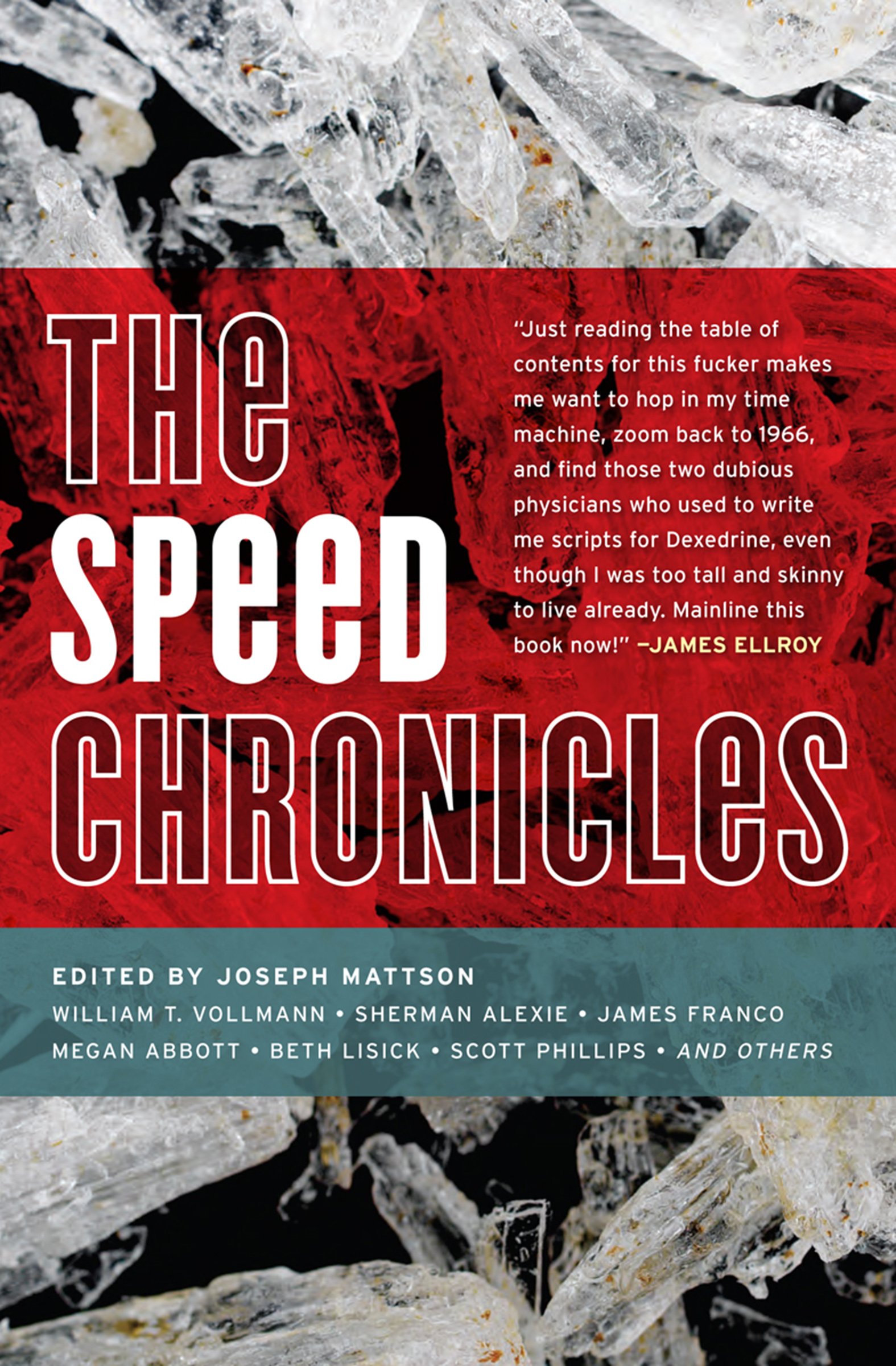 The Speed Chronicles (Akashic Drug Chronicles)
12
Kindle Edition
$9.99$17.99
Back to top
Get to Know Us
Make Money with Us
Amazon Payment Products
Let Us Help You
English United States
© 1996-2023, Amazon.com, Inc. or its affiliates