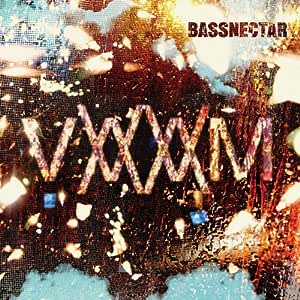 2012 release from Electronic/Dubstep DJ and producer Lorin Ashton AKA Bassnectar. On his music style, the artist says ''I tend to refer to Bassnectar as 'omnitempo maximalism,' which means any or all speeds, time signatures, rhythms and every sound source possible. I seem to gravitate toward really heavy tempos, lots of play with double time and half time and using electronic methods to embellish and reinforce other styles of music-maybe ragtime or punk rock or the blues or batucada or polka or salsa or film scores or gangsta rap or beatboxing or Balkan gypsy music or ska.''

Bassnectar is the brainchild of Lorin Ashton, and it exists as an open-sourced musical project that is as diverse as it is heavy, as raw as it is meticulous, and as fierce as it is imaginary. Spanning the spectrum of sonic style, the music covers every genre imaginable and smashes it all into a synthesis of intense, wobbling basslines and hypnotic soundscapes.

Whether remixing, collaborating, writing, DJing, performing live, or working on constant social networking, Bassnectar's music is the lure and social impact is the sincere intention. According to Ashton, "We are so blessed, and so deeply fortunate to be alive and awake right now...it's a basic truth, but it's very powerful. I think privilege confers responsibility, and Bassnectar is a reflection of that opportunity to give back; the motion of my cells bouncing back at the world."

Along the way, the Bassnectar tour has headlined stops at some of the most noted venues in the country, touring with a wall of sound and light show to match. After a long line of sell-out shows, Bassnectar never fails to gather monster crowds on the festival circuit. Some of his most celebrated sets took place at the nation's top festivals including Coachella, Wakarusa, Lollapalooza, Bonnaroo, and EDC Vegas. Whether performing at an intimate club or at a major festival, Bassnectar energizes audiences with an experience unlike any other.