The Price of Liberty and millions of other books are available for Amazon Kindle. Learn more

Track your books
Bring your club to Amazon Book Clubs, start a new book club and invite your friends to join, or find a club that’s right for you for free.
Explore Amazon Book Clubs
Flip to back Flip to front
Listen Playing... Paused   You're listening to a sample of the Audible audio edition.
Learn more
See this image 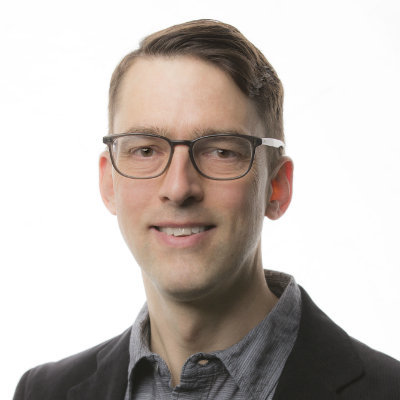 by Keir Graff (Author)
4.0 out of 5 stars 18 ratings
See all formats and editions
Sorry, there was a problem loading this page. Try again.
Read more Read less
Previous page
Next page

Books with Buzz
Discover the latest buzz-worthy books, from mysteries and romance to humor and nonfiction. Explore more

Enter your mobile number or email address below and we'll send you a link to download the free Kindle App. Then you can start reading Kindle books on your smartphone, tablet, or computer - no Kindle device required.

To get the free app, enter your mobile phone number.

Start reading The Price of Liberty on your Kindle in under a minute.

Don't have a Kindle? Get your Kindle here, or download a FREE Kindle Reading App.

4.0 out of 5 stars
4 out of 5
18 global ratings
How are ratings calculated?
To calculate the overall star rating and percentage breakdown by star, we don’t use a simple average. Instead, our system considers things like how recent a review is and if the reviewer bought the item on Amazon. It also analyzes reviews to verify trustworthiness.
Top reviews

Julie Doe
3.0 out of 5 stars A decent mystery but with cardboard villains
Reviewed in the United States on July 12, 2014
Verified Purchase
The genre of this book is hard to classify. It starts off as sort of a literary vein, with a lot exploration of Jack McEnroe, the main character, and others in his life. The writing here is eloquent, and the setting and the people of this small town really come to life.

The mystery/thriller portion of the story takes awhile to start, and that is where I had some troubles. Kyla, Jack’s ex-wife, discovers the billing fraud--and this discovery and attempted cover-up is the impetus for the entire action plot--happens in a rather unrealistic way: (minor spoiler) she accidentally opens a spreadsheet on a shared computer. I find it unlikely that someone engaged in fraudulent billing practices on a multi-million dollar project would leave all the evidence in a non-password-protected file on a non-password protected computer that could be accessed by multiple parties.

The biggest problem, however, with this book was the cardboard villains and stereotyped (negatively) politicians and contractors. Jack, Kyla, and other “good guys” were all presented as real people, with layers to their personalities. The only “bad guy” who was given even a semblance of real character was Dave Fetters, the owner of the local construction company. The primary villain, Shane Fetters, rampages through the story in an unbelievably over-the-top Snidely-Whiplash-esque manner (except that Mr. Whiplash had more depth). Politicians and the contractor rep are presented as arrogant ignorant idiots and/or thugs, to the point where I’d bet $500 that I can guess the author’s political persuasion and at that point I feel more like I am being preached to than reading a story. I found it distracting and insulting.

That said, I thought Jack’s reaction to and handling of the situation refreshingly realistic and level-headed. That aspect of the book was well-done.

SuzanneJ
5.0 out of 5 stars Engrossing Read
Reviewed in the United States on December 20, 2010
Verified Purchase
Keir Graff's latest book is an engrossing, fast-paced read, with two characteristics that particularly appealed to me for two reasons.

First, Graff is a master at characterization. I found myself picturing the main characters very clearly, although there was no point where he described them at length. Also, the characters are multi-dimensional. The good guys (and women) have some serious flaws, and with an exception or two, the bad guys have some redeeming qualities. I plan to reread the book at some point simply to trace how Graff developed his characters so subtly, yet so effectively.

Secondly, the story is an accurate reflection of the contemporary American West, where I have spent most of my adult life. Graff's book touches on several of the themes that affect life here, particularly the desperation of rural areas to attract industries and projects that will provide jobs in a land where natural resource extraction no longer supports the economy,and the social tensions and envies that arise when wealthy newcomers establish a lifestyle that long-time residents cannot afford. Graff also employs humor that shows he knows he way around the West. I laughed aloud when an impatient out-of-towner waiting for her luggage in a small airport comments that the ticket seller must also be the person who unloads baggage; anyone who flies around this part of the country knows that is often true.

I thoroughly enjoyed this book and now I intend to read Graff's earlier works.

FG
5.0 out of 5 stars First Humor, then Page-Turning Thriller, Thumping Heart
Reviewed in the United States on July 20, 2011
Verified Purchase
Highly recommended! Early in the book, I was captured by the interesting premise and true-to-life characters and their very believable words and deeds, and simply enjoyed taking in the Wyoming setting, regional details, and overt and subtle political commentary. The intended or unintended humor and its role in the book was a running question mark in my mind. For example, there's a lobbyist surnamed "Gift" and people who find themselves murderers seem to borrow ideas from the movies (as we all might in their situation) when in the midst of their semi-accidental killing scenarios. As the book jacket reads that Graff sets international politics on the local stage with "people who look a lot like us" having to make choices about the pressing issues of our day, my tentative conclusion is that the humor arises naturally from Graff's keen portrayal of what would likely happen when everyday people find themselves in extraordinary, must-think-fast situations. Before the book was half over, however, my mind had no room for such things because I couldn't turn the pages fast enough and I couldn't stop reading. So this is a thriller, I thought. I get it! My heart was racing by the end of the book and even an hour later, there was an extra thump, thump when I thought about the final scenes and the great ending.
Read more
3 people found this helpful
Helpful
Report abuse

WT
5.0 out of 5 stars Smart Thriller that Delivers Major Fireworks
Reviewed in the United States on April 30, 2011
Verified Purchase
The Price of Liberty begins the way a novel set in Wyoming should - with a bar fight at a rural honky tonk called the Stumble Inn. It doesn't take long for Graff to veer into more serious territory, as two senators with ties to the funding of a new Gitmo-style prison are taken on a "Wyoming safari" by someone who has never hunted a day in his life. Don't be fooled by the balance of dark humor and political schmoozing; there are far too many guns, big egos and lucrative government contracts rumbling around for the novel to be merely commentary. About a third of the way into the book, Graff's carefully crafted conflicts start paying off in choice, explosive chunks of blistering action.

Graff is a first-rate wordsmith, with tight, highly observant prose that lends itself to easy management of an ensemble cast of characters. Although the book's protagonist is the sympathetic Jack McEnroe, an employee of a Halliburton-like government contracting firm, Graff has created an excellent character in Dave Fetters, a classic big fish in a small pond with so much to hide. As the book's stakes get increasingly higher, it's fun to watch Fetters squirm by virtue of his own misdeeds. To say more would be to spoil some nice surprises, but suffice to say that The Price of Liberty is smart political fiction with enough fireworks to light up the entire West Coast.


Read more
23 people found this helpful
Helpful
Report abuse
See all reviews
Back to top
Get to Know Us
Make Money with Us
Amazon Payment Products
Let Us Help You
EnglishChoose a language for shopping. United StatesChoose a country/region for shopping.
© 1996-2021, Amazon.com, Inc. or its affiliates