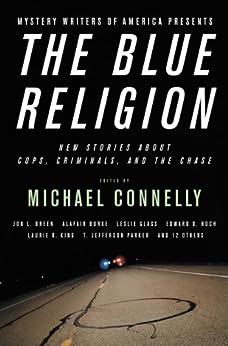 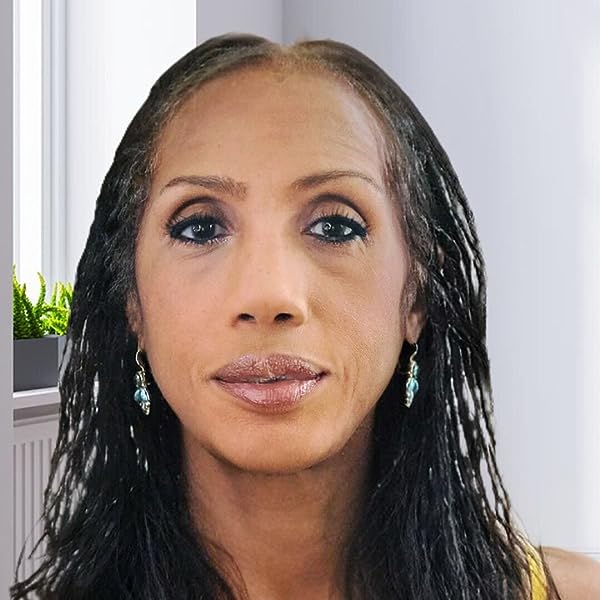 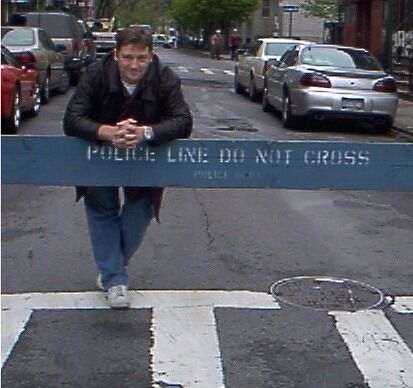 by Inc. Mystery Writers of America (Author), Michael Connelly (Editor, Contributor) Format: Kindle Edition
See all formats and editions
Sorry, there was a problem loading this page. Try again.
Taking us from smoggy Los Angeles to the woods of Idaho, from Hawaii at the turn of the twentieth century to the post-Civil War frontier, these riveting stories trace the perils and occasional triumphs of lawmen and women who put themselves in harm's way to face down the bad guys. Some of them even walk the edge of becoming bad guys themselves.

In T. Jefferson Parker's "Skinhead Central," an ex-cop and his wife find unexpected menace in the idyllic setting they have chosen for their retirement. In Alafair Burke's "Winning," a female officer who is attacked in the line of duty must protect her own husband from his worst impulses. In Michael Connelly's "Father's Day", Harry Bosch faces one of his most emotionally trying cases, investigating a young boy's death.

These are hard-hitting, thrilling, and utterly unforgettable stories, from some of the best writers in the mystery world.
Read more
Previous page
Next page

"A high-quality anthology.... This is one of those rare themed anthologies that can be enjoyed at one sitting." ---Publishers Weekly --This text refers to an out of print or unavailable edition of this title.

Michael Connelly is the author of thirty-two previous novels, including the #1 New York Times bestsellers Dark Sacred Night, Two Kinds of Truth, and The Late Show. His books, which include the Harry Bosch series and Lincoln Lawyer series, have sold more than seventy-four million copies worldwide. Connelly is a former newspaper reporter who has won numerous awards for his journalism and his novels. He is the executive producer of Bosch, starring Titus Welliver, and the creator and host of the podcast Murder Book. He spends his time in California and Florida. --This text refers to the paperback edition.

"A high-quality anthology.... This is one of those rare themed anthologies that can be enjoyed at one sitting." ---Publishers Weekly --This text refers to an alternate kindle_edition edition.

Three veteran narrators join editor Connelly in presenting 19 stories that explore the lives-on and off the job-of the men and women who wear a badge. As with any anthology, these stories vary in caliber, but the readers succeed in bringing each to life. Highlights include Karen White's fine readings of "Skinhead Central," a story showing that cops are always cops, even if they're retired; and "Winning," Alafair Burke's affecting story of the lengths people will go to for the ones they love. John Lee provides just the right amount of youthful angst in Peter Robinson's "The Price of Love," a touching story of a young boy's defining step toward manhood. But it is Alan Sklar who shines in his readings, especially with Jon L. Breen's chuckle-inducing "Serial Killer" and Connolly's own heart-wrenching "Father's Day." These stories of justice and those who deliver it are well served by these narrators. A Little, Brown hardcover (Reviews, Feb. 25).
Copyright © Reed Business Information, a division of Reed Elsevier Inc. All rights reserved. --This text refers to an out of print or unavailable edition of this title.

Bestselling novelist Michael Connelly collects 20 stories about police work for the latest anthology presented by the Mystery Writers of America. Each of these stories explores not so much "how a cop works a case" as "how a case works on the cop." Alan Sklar puts his smooth edginess to work on the bulk of these works. Karen White reads six of the stories, including Laurie R. King's "The Fool" and Alafair Burke's "Winning." John Lee provides narration for the two stories set in Britain. Particularly memorable are John Buontello's "A Certain Recollection," about a retired cop suffering Alzheimer's, which Sklar reads with profound sensitivity, and the equally touching "What a Wonderful World" by Paul Guyot, about a detective obsessed with the murder of a pretty street vendor. One frustrating element is the absence of a table of contents or a track listing. S.E.S. © AudioFile 2008, Portland, Maine --This text refers to an out of print or unavailable edition of this title.
Read more

Kathy K
4.0 out of 5 stars Not for the soft of heart.
Reviewed in the United States 🇺🇸 on May 22, 2021
Verified Purchase
Stories are informative, but be prepared for heartbreaking situatuons.
Read more
Helpful
Report abuse

MSreviews
3.0 out of 5 stars Not what I thought it was. I didn’t realize the book was fiction until I had read the entire book.
Reviewed in the United States 🇺🇸 on February 21, 2021
Verified Purchase
I’m a longtime Michael Connelly fan, and I bought this book because I thought this was the one book of his that I haven't read. I'd been waiting for it to decrease in price, and when I saw this book for $1.99, I bought it. Turns out there were two books that I haven't read, the other one is "Crime Beat," which is what I thought this was. I obviously didn’t read the description well, because I thought until I read the end of the book that this was a book of true stories. Some of the “true” stories puzzled me because I didn’t understand why someone would reveal details of their police misconduct in a book, like the details in the “Winning” story seemed like they could lead to the arrest of the Officer involved. However, the book is fiction as is obvious in the title that I neglected to read, “Mystery Writer’s of America Presents...”, and as a collection of short fiction stories, some were pretty good and others were blah. The first few didn’t seem as good, but that may have been because of my false expectations. I expected to read stories of the type that Officers would regale their fellow Officers with. For several stories, especially the first few, I wondered why an Officer would tell that story out of others of more interest that they had experienced. For many of Connolly’s books, I read them straight through. This one, I did not. And, I didn’t realize until I was done that the stories were not even written by Connolly. I feel a bit cheated, but the book was worth the price I paid, even if the stories weren’t by Connolly. Someday I'll read Crime Beat, but not now, it's too pricey for a bunch of short stories. Until then, if I feel the need to read Connelly, I'll reread one of his novels.
Read more
3 people found this helpful
Helpful
Report abuse

Robert S Shillington
3.0 out of 5 stars Not as good as I thought it would
Reviewed in the United States 🇺🇸 on September 9, 2022
Verified Purchase
I think that about 30% of the stories are good, 35% are just so so and 35% are not worth reading in my opinion.
Read more
2 people found this helpful
Helpful
Report abuse

S. Mahon
5.0 out of 5 stars Great read introduces authors you may not know
Reviewed in the United States 🇺🇸 on August 26, 2020
Verified Purchase
All the stories are good, different, and consistently interesting most by authors you may not have read before but will want to read more of in the future
Read more
Helpful
Report abuse

Sherry Wessman of Livonia Mi.
3.0 out of 5 stars Interesting! Clever!
Reviewed in the United States 🇺🇸 on December 17, 2021
Verified Purchase
Michael Connelly has been one of my fav authors, forever. I found most of the stories, intriguing. I would have been quite content to read on, for most of them. Worth the read!
Read more
Helpful
Report abuse

BP1T
4.0 out of 5 stars Captures the essence of cops' thinking
Reviewed in the United States 🇺🇸 on February 13, 2013
Verified Purchase
Some of the stories were, of course, better than others and each was unique, at least one attempting to be humorously cute. A common thread that struck a chord with me as a veteran policeman was the insight into the unique thinking that cops tend to possess and that is difficult to describe, much less understand, by other civilians.

That thinking is well captured in the title itself.
Read more
Helpful
Report abuse

paul magan
3.0 out of 5 stars I enjoyed the story of the old detective with alzheimers
Reviewed in the United States 🇺🇸 on January 15, 2017
Verified Purchase
The group of stories in this book is supposed to be about police work. I am about 60% through the book and I don't see how it relates to actual police work, aside from being about people called law enforcement officers. There is no reality to the stories in the book, at least from the standpoint of my 20 years on the job. I enjoyed the story of the old detective with alzheimers. It struck a cord, but it would have if he had been in any other occupation.
Read more
4 people found this helpful
Helpful
Report abuse
See all reviews

Steph C
4.0 out of 5 stars On the whole worth reading
Reviewed in the United Kingdom 🇬🇧 on September 8, 2015
Verified Purchase
If this is the best that some of these writers can do I would not want to read any of their books. Some of them are very very good for a short story. On the whole it was worth reading. It gives the reader the time to read a whole story in a short time.
Read more
Report abuse

J. Raymond
3.0 out of 5 stars The blue religion.
Reviewed in Canada 🇨🇦 on August 2, 2015
Verified Purchase
An OK read. I like short stories for a change of pace. They rarely grip me, but I have kept a few to re-read later. Am passing this one on to the local library so more can enjoy it.
Read more
Report abuse
See all reviews
Report an issue
Does this item contain inappropriate content?
Report
Do you believe that this item violates a copyright?
Report
Does this item contain quality or formatting issues?
Report