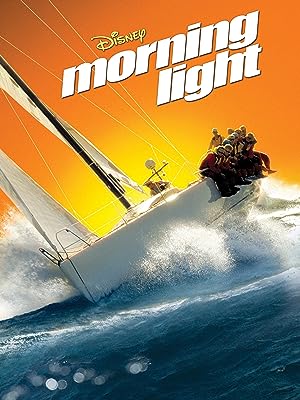 (163)
5.71 h 37 min2008PG
Sweeping yet intimate documentary about the "Morning Light" - a sleek boat with a group of young sailors enduring intense training for the Transpac L.A.-to-Hawaii open-ocean race,

Michael Thomas CantwellReviewed in the United States on June 27, 2016
3.0 out of 5 stars
If you liked ‘Wind’ and are looking for a movie about sailing ...
Verified purchase
If you liked ‘Wind’ and are looking for a movie about sailing with working shots of the boat in action, more so than character development of the crew – this will not meet that mark, or at least didn’t for me. Recommending movies is like recommending restaurants; people have very different tastes in ‘experiential’ events. With reluctance I have to rate this movie mid-level with 3 stars. Most of my reviews are higher as a thorough pre-buy researcher who pre-selects items before buying. I know more about what I spend my money on and confident they'll rate a 5, otherwise I'll pass. It's hard to know about a movie. As a documentary, this movie is typical in that there are moments when the cast seems aware there's a camera on them. Other times, you can get lost in the story and feel more like an observer. Had I spent $50+ on this in a theater, I’d be not happy, but as this was a disc, no worries. But, it didn’t satisfy my want for experiencing a sailing experience in Blu-ray. I’d also have to add that the emotions of the crew were somewhat lackluster during parts of the race. E.g. about to be overtaken by a competitor, the crew are matter-of-fact about it, when in sailing competitions, being overtaken slowly as sailboats do, is a very emotional and frustrating moment because you’re doing the best you can do, and it is very obvious it isn’t good enough and the boats show it.

As a long-time sailor with years of racing experience, I was hoping for something more like 'Wind' where the mainstay (intended) of the story was sailing and working shots of the boat in action under way. Even Master and Commander, with Russell Crowe, had more boat-work in it than Morning Light (the name of the boat). This story was more about the crew, their personal trials and tribulations, as they struggle to make the A list and get on the boat. Although I did read reviews pointing that out, there were a great many more reviews about action shots of the boat, but not that I could report. I was only able to make it through 3/4's of the movie before I lost interest and couldn't finish it. Perhaps one day, I'll play it again. The 'kids' and the story of the sailboat race are both genuine, but the story misses the mark with lackluster sailing/marine cinematography. In fact, the reviews from others specifically pointed-out the cinematography was the best part of the film. It didn't strike me as that.

ohwhateverReviewed in the United States on March 6, 2012
4.0 out of 5 stars
A staple for sailing club collections
Verified purchase
A sailing buddy of mine had suggested I watch this many months ago. I kept putting it off. But finally, he mentioned it again. I don't know if he just forgot that he already told me about it, or whether he was being insistent. But anyway, I ordered a used copy off Amazon, and we watched it last week, my husband and I. Well, sort of. Unlike when I watched [[ASIN:B000VKL6ZW Deep Water]], husband could not stay in the same room, while this movie was going on. I understand a little bit, his reasons.

The movie is full of. . . and I mean *FULL* of. . . privileged twenty-somethings. There are a few people who clearly did not come from as privileged a background as the majority of the other "kids." (I'm almost 40, so I am to that point where twenty-somethings are considered "kids" to me.)

It really is a reality show, made into a movie. Mr. Disney basically sponsored a reality show, in which 30 applicants were screened to find 11 people (had to be under 25-years-old) who would form a team for the Transpac 2007. The Transpac is an annual sailboat race from L.A. to Hawaii.

I'll be honest, sometimes I cringed at the superficiality of some of the contestants. Sometimes my heart was warmed by some contestants' sincerity. However, no matter how alien some of them seemed to me, by the end of the movie, I could see that all of them had really displayed a tremendous amount of teamwork, and it really does boil down to that. The movie was about the dynamics of people. Sailing on the open ocean necessitates teamwork (even Robin Knox-Johnston, Ellen MacArthur, Bernard Moitessier, Jessica Watson, and the like had a lot of help in preparation). A metaphor for life, really.

Very jealous, was I, by the end of the movie. But you know what they say about jealousy. Jealousy helps you figure out what you next want to work to achieve. It was just an awesome movie in that respect. I agree with other reviewers that it would have been nice to see more technical aspects. [[ASIN:B001E6FJQ4 Wind]] was nice in that respect because, well, not only was the lead female an avid sailor, but she was also an engineer, and a sailmaker, whereas the only female aboard [[ASIN:B001HN6968 Morning Light]] does something very un-teamlike. Maybe that just rubbed me the wrong way because I see that a lot at work, where people don't heed my warnings, and end up back in my clinic.

I admire all those sailors who worked so hard to accomplish this journey. But I mostly admire Rick Deppe (the camera-man who lived on boat with these people) for his awesome footage. He is interviewed a little bit in the extra bits on the DVD. My favorite quote, "Well, I don't normally sail with people like you, but..." Because of his great camera-work, this movie surpasses [[ASIN:B001E6FJQ4 Wind]] for footage.

[[ASIN:B001HN6968 Morning Light]] is a must-see for all sailing clubs, one of those movies for movie night, or before a big race. It's that inspiring. Thank you, Mr. Disney.

Usagi3Reviewed in the United States on March 13, 2013
4.0 out of 5 stars
Drama of Youth
Verified purchase
Roy Disney assembles a crew of young people to enter the Trans-Pacific Yacht Race, from California to Hawaii. This is their story. Having been at the finish line, and also having interacted with the film crew and sailing crew plus support people at the Waikiki Yacht Club, I can say that the story captures the spirit of the race, the hopes and aspirations, and the disappointments along the way.

Video shot off boats often end up pitching, and has a tendency to make the audience seasick, but this one is well photographed, and none of that effect is seen here. In fact, there are moments of haunting, poetic beauty, and the only regret is that most of the land-bound audience will never see it in person.

JackReviewed in the United States on October 22, 2013
3.0 out of 5 stars
It is fun, not great, too much 'reality TV' junk.
Verified purchase
I bought this because I love sailing and I wanted to watch something with some cool sailing information and visuals.

It was fun, however, it is set-up like a 'vote off the island' reality TV show which causes pointless time wasting drama that doesn't need to be there (as if the race wasn't dramatic enough). More of the movie was about the training and the drama of choosing the crew rather than showing the actual race, this kept it from being great.

I enjoyed it, I bought it for less than five bucks used, but I wouldn't recommend spending more than that, fun but not great.
2 people found this helpful

Lancer 27Reviewed in the United States on August 23, 2009
5.0 out of 5 stars
Great adventure
Verified purchase
If you are: A) a sailor and B) over 40 you sit there at the end of the movie and ask? Where was this when I was 21! Great story of a great group of young adults. While some in that age group waste away those years, this group devouted themselves to a cause and came together as a team. The success they achieved was a true story of the right support, them being committed and then doing what it took to be successful. This should be a part of every high school class schedule on what it takes to be a success in life.

The chance to turn back the clock and do this is one most folks I know would be willing to make.

Captain DanReviewed in the United States on February 15, 2022
5.0 out of 5 stars
Wonderful Sailing Film
Verified purchase
This film gives a great perspective in what the Trans-PAC race from LA to Hawaii is all about. Roy Disney’s boat and 11 young men and women race to the island in a magnificent cinematic presentation.

CliffReviewed in the United States on December 3, 2009
5.0 out of 5 stars
Not just for sailors
Verified purchase
I have to disagree with the reviews that state this movie gets boring for non-sailors. I have a very little bit of sailing experience (none of it off-shore) and I thought it was great move. I enjoy sports in general and like watching the America's Cup, etc. but this is a film that, while it takes place on a sailboat, is not about sailing.

This movie is about the struggle of a group of young people to take on a challenge of enormous size. While the movie left no doubt the people would succeed, at least to some degree, they didn't know if they would succeed while they were undertaking the challenge. The consequences of failure in the middle of the Pacific Ocean could easily be fatal.

This film could be used as a study in leadership - in particular peer leadership. It is also very inspiring. I highly recommend the film.
One person found this helpful