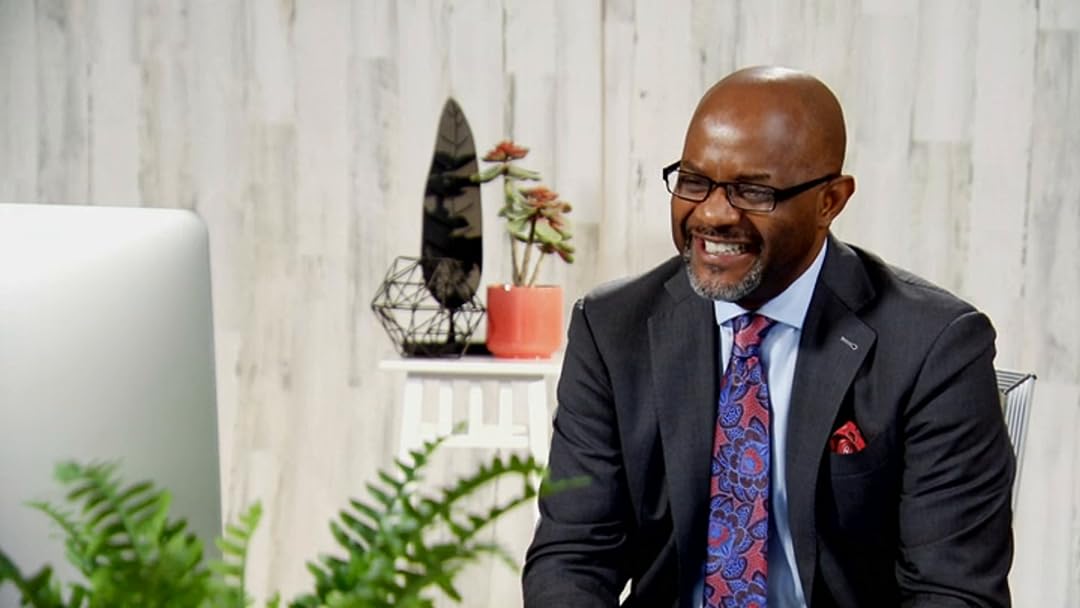 (1,102)2021TV-14
The Critic's Choice Award-winning hit series, MARRIED AT FIRST SIGHT, returns for a super-sized serving of high stakes love and drama. With the help of our renowned experts, we will welcome ten brave souls, yearning for lasting love, commitment and marriage to our provocative social experiment: meeting their new spouse at the altar to get married at first sight.

Save on each episode with a TV Season Pass. Get current episodes now and future ones when available. Learn more
Add to
Watchlist
By ordering or viewing, you agree to our Terms. Sold by Amazon.com Services LLC.
Write review

Teresa AndersonReviewed in the United States on January 21, 2021
3.0 out of 5 stars
Every season, another obvious mis match
Verified purchase
Please, stop pairing people because you think they will be so compatible that the specific requests they made are overlooked. You obviously thought Chris would overlook the fact that Paige is not a super model worthy of his ego, but, just like in every season, there is always a woman who has very little chance of finding love even after she puts it all on the line. I feel bad for Paige. The only reason they were matched, besides them both being successful and ambitious, is their faith. Sadly, for Chris, those are not number one and two on his wish list. Looks are number 1, and not wanting him for his money is number 2. He's shallow, and this will only end in sadness. Plus, matching a drinking, partying 26 year old to a steady, conservative man is setting him up to have to be a two time divorcee. I could do a better job of matching couples than these so called experts.
85 people found this helpful
Report abuse

Irish LassieReviewed in the United States on January 14, 2021
1.0 out of 5 stars
what a disappointment!
Verified purchase
HOW MUCH HYPE can there be? How many times do we have to suffer through Clara and Ryans blindfold fiasco? There was nothing new in this episode and I thought it would be the weddings! OK hurry up and wait...somemore! You managed to drag it out another week!

and the poor unsuspecting girl getting married to Chris? That should have been discovered and stopped. Talk about setting her up for failure! You owe them more esteemed panel of 'experts!

Erin BeaReviewed in the United States on March 4, 2021
1.0 out of 5 stars
Season 12 is awful
Verified purchase
I hate this season. Please match the couples better. Season 11 was SO GOOD!!! I'm upset that production would cast someone like Chris with all his aggression. I'm not here for the drama, I'm here to watch couples find love together.
22 people found this helpful
Report abuse

ColormaidenReviewed in the United States on February 19, 2021
5.0 out of 5 stars
Can't Stop Watching
Verified purchase
I love this show but man, they're milking it this season, dragging it out to 21 episodes. Is that for a bigger audience? Enough, already. There were a number of episodes that didn't need to be in there.

Believe it nor not, this show has actually helped me in my own life. I'm fascinated by relationships and by what makes us work or not work. It's probably my favorite topic and what drives me. I've genuinely learned from this show, as from other dating shows, although this is more than dating!

I've learned more about behavior that works in relationships and I've evolved in knowing what to care about and when to let go and not try to control someone else.

The experts have grown over the seasons too. Whatever elements are TV and edited, decisions are being made and lived are being affected.

No matter how many survey questions are asked, real people meeting means elements that are unpredictable. It's hard to believe, for me, that the experts found Chris ready to be married. I can't get past that. Plus, they married him to the most amazing, open, beautiful, God-honoring woman ever in Paige. I feel terrible for Paige. It's hard to know if they manipulated the situation or if they were actually unaware of Chris' childishness and egotism that is just plain un-matchable IMO. Paige deserves an exceptional man, not someone who declares he's an exceptional man and behaves terribly again and again. She's the "real deal."

Same goes for Haley, sadly. She's so not ready for even a relationship, let alone marriage. It's so unfair to her partner, whoever he would be. It's hard to believe that didn't come out in her pre-screening. She's messing with someone's life and the guy should be allowed to get an annulment, as should Paige, although Paige is trying hard to stick it out.

I love being able to see people put themselves in the fire for love. Kudos to everyone involved who made this series come this far.

Dee DavReviewed in the United States on December 31, 2020
5.0 out of 5 stars
Hooked on MAFS & Season 12 Delivers Biggest Bombshell Ever!
Verified purchase
We are now a few episodes in and have gotten to know the couples a little bit better so here is my reflection on the season thus far:
I didn't know what to expect because this season looked like it had so many strong-minded people who were set in their ways so I initially had very little hope, to be honest, but here we go. First thing is first - housekeeping - the editing in this season is awful. I don't know if they hired a new company but dragging out the storyline/drama is just irritating at this point. So that needs to be dressed ASAP. Overall, I think things are unfolding really well, plenty of drama probably the season with the biggest bombshell ever. Keep in mind this review is only after episode 7 but I truly believe it is worth watching. I still give this season 5 stars

Below are my individual couple reflections & predictions so far for those interested:

Jacob & Haley - I could see why they thought this could potentially be a good match. The guy is awkward but nice and really likes her, however, the jury is still out on Haley. I don't know how she feels about Jacob but I don't think he is quite what she pictured. If Haley doesn't get in her own way, it could actually work. Right now my prediction is 50/50. It could go either way.

Chris & Paige - Where to start. This is by far the worst match in MAFS history. The experts FAILED Paige & I feel they owe her an apology. Chris saying his worst fear is being matched with someone ugly. My answer is that is, how has he lived this long without anyone telling him he is not God's gift to women either? Ok, let me stop. Without revealing too much my prediction is that it is not going to work. Paige will not put up with him for too long.

Erik & Virginia - Their chemistry is undeniable and I think the differences in their age and work schedules could actually work for them. I do think though that Virginia's heavy partying should be slowly winding down at 26. On the other hand, Erik needs to relax a little but overall I think their attraction for one another will help them overcome their differences. My prediction is that they stay married.

Ryan & Clara - They have so many common interests but also many workable differences I think. They should focus on getting to know each other and not carry the burden of resolving differences showing up in their long-term plans within the first week of their marriage/meeting. They are both young and should just relax. If they do that, my prediction is that they too will stay married.

Vincent & Briana - Last but not least, I couldn't help but feel like we are witnessing a fairytale unfolding before our very eyes. They are smitten with each other and it is beautiful to see. If Brianna keeps her bossiness in check and learns to compromise, it will work. So far my favorite couple. My prediction is that they stay married.

Initial review below from 12/31/20
Coming from the highs of season 11, I am very hopeful for season 12. If the participants were truly honest with who they are and what they wanted, I expect Atlanta to deliver, but they have a tough act to follow. Expect additional feedback to come midseason:)
17 people found this helpful
Report abuse

i.kirznerReviewed in the United States on February 3, 2021
5.0 out of 5 stars
Love this Show
Verified purchase
Love the show but wish it was included in Amazon Prime
18 people found this helpful
Report abuse

Emily Marek OswaldReviewed in the United States on April 15, 2021
1.0 out of 5 stars
Worst Season Ever
Verified purchase
We’re the ‘experts’ sleeping when they chose these couples? They have to be the most selfish people!

One girl wants to keep partying, and living her single life, while sleeping over her male friends’ houses. She has no desire to give her husband the time he needs, on weekends, to get to know her... even though he works his butt off during the week.

Another idiot has a baby mama. Don’t get me started! His sweet MAFS wife deserves SO much better!

One guy wants kids, even if it kills his wife.

One dude is hung up in the 80s, has zero personality, and seems to look for things to complain about. One second, he tells his wife he wants to try, and in the VERY NEXT BREATH, he tells her he’s done... before she barely says anything. He’s a real stick-in-the-mud.

And the third husband? He needs to grow up. He’s looking for fireworks, fairy dust, and cake sprinkles before telling his wife he loves her... even though he clearly does. He’s just too immature to understand what love REALLY is. That, plus I’d bet money he’s a virgin and has no idea what to do... and he’s scared that the world might find out.

Style SpecificReviewed in the United States on February 18, 2021
5.0 out of 5 stars
No commercials, but not in real time!
Verified purchase
This is a guilty pleasure for me and I love watching it via the Lifetime app I purchased because I don't have to put up with commercials. My only complaint is that it isn't available until the morning after it airs. Overall this season is very entertaining and it's worth the purchase.
9 people found this helpful
Report abuse
See all reviews
Back to top
Get to Know Us
Make Money with Us
Amazon Payment Products
Let Us Help You
EnglishChoose a language for shopping. United StatesChoose a country/region for shopping.
© 1996-2021, Amazon.com, Inc. or its affiliates