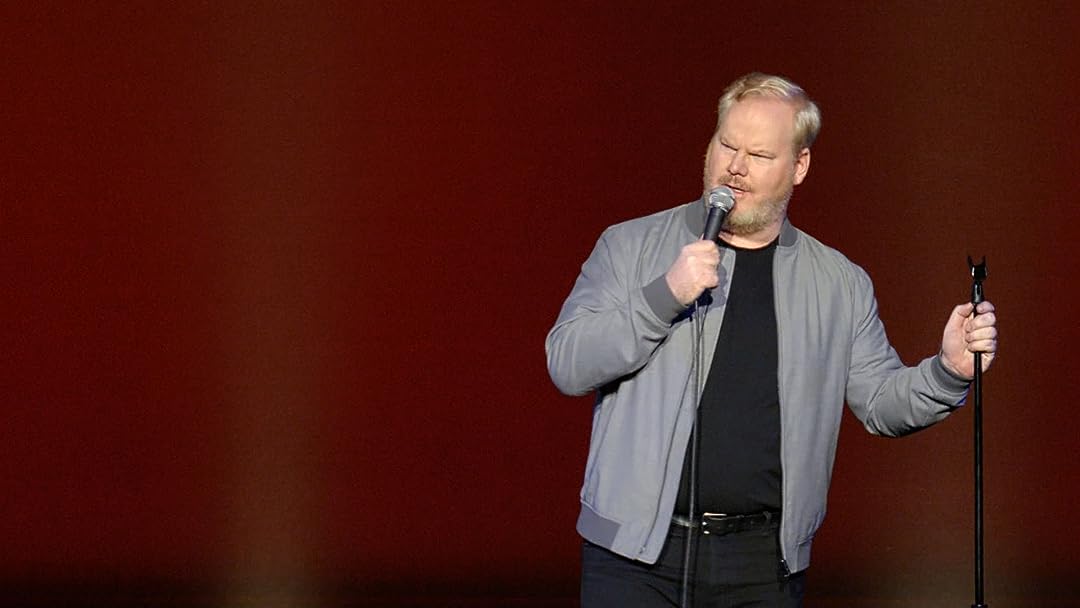 Season 1
(600)6.72020X-RayUHD13+
Jim Gaffigan boldly goes where no stand-up comedian has gone before: everywhere! During the Pale Tourist global tour, Jim traveled the world meeting locals and learning about their culture. He then transformed those experiences into stand-up sets of all-new material specific to each country he visited. Watch as Jim brings his relatable brand of comedy to Spain and Canada in these two new specials.

Amazon BeekerReviewed in the United States on July 29, 2020
2.0 out of 5 stars
Soso
Verified purchase
I usually like Jim's comedy. But I couldn't even get through the second episode. Not his usual style and this doesnt fit him well. He seemed more rude than any thing else.
He is not good at political stuff (just jumped on the usual boring bandwagon). We're all tired of hearing Trump jokes from everyone!
He should stick to what he knows best...food and family. His earlier stuff is way better. Doubt I tune in again.

Ben WhitneyReviewed in the United States on July 24, 2020
5.0 out of 5 stars
Good luck Jim!
Jim is hilarious as usual, but this time he is extremely brave. Going to different countries and writing new content for each place. Wow! One thing that does not translate well is comedy...unless it is slapstick or physical comedy...but definitely not stand up. It so often gets lost in translation and can be easily misunderstood. It can turn extremely offensive when obviously it is not meant to be. In many cases comedy is like a mirror we hold to ourselves, showing us our own humanity and flaws. Some cannot laugh at this reflection but instead cry out in anger. In these first two episodes I feel like Jim has navigated these foreign waters fairly well, Canada much easier than Spain.

I see people getting offended at comedy shows in America all the time. Imagine performing in front of a group where you are the "foreign invader" and absolutely no one is going to take your side if you say something perceived as offensive. I have done this exact thing on social media and people will actually make things up to prove that their friend was right in being offended at what you said, because you are the outsider. "You're not one of us and you never will be!" These people need some sort of outlet to relieve their stress and anger, from pain you are not even the source of. "Instead of laughing to relieve our stress let's get pissed! This man is making fun of something we hold so dear to our hearts! Crucify him!" And in feeling like they are righting a wrong by abusing this evil outsider, justice has been served, the ego has been patched and their stressful life they have relieved.

What most do not understand is that life is a joke, God is the greatest comedian of all. We toil away for years doing what we think is important and before you know it, everything is gone in a blink of an eye. When death is knocking on your door you will understand. All those things that we spent so much time fighting for, the years of ego building, it all fades away. While other things, even the most simple, like silently sitting next to a friend.... are cherished. If you cannot see how meaningless it all was your not going to be laughing. I think everyone deserves a near death experience to gain a little perspective. Don't get me wrong, I do not mean to not strive to do what you love and what you think is great, but for everyone else's sake! WHY SO SERIOUSah!
84 people found this helpful

AdamReviewed in the United States on July 28, 2020
1.0 out of 5 stars
Very boring. Not funny. Political.
All of Jim’s other work was great. This is by far his worst show. Political talk and bashing Trump is not funny and it ruined everything that was funny about him. Very boring this time.
86 people found this helpful

PaulieReviewed in the United States on July 25, 2020
2.0 out of 5 stars
Funny, but Gaffigan-on-Autopilot is what it felt like; it helps to be Canadian to watch this
Fair to OK. I love Gaffigan, been watching him since his first Comedy Central Special ("I look like this because my father is Swedish and my mother is Elton John."); this felt like a lot of semi-funny, slight-smile-inducing jokes that were shoehorned into his schedule because Jeff Bezos drove a dump truck full of cash to Gaffigan's apartment in New York. The Trump stuff I could do without, since I watch Gaffigan and his type of comedian to stay away from politics; it's also a weak joke, a lame laugh. Gaffigan should be better than that. There were some good jokes in here, but "side-splitting", as one critic says here? Not even close. Gaffigan is a funny guy who does great work, but this show was disappointing. Do better, Jim. I know you have it in ya.
67 people found this helpful

Katerina RobertovlaReviewed in the United States on July 26, 2020
1.0 out of 5 stars
Disappointing. Don't Waste Your Time.
Gaffigan is no longer funny. Regina jokes? Really? Not funny at all. Not sure what's going on with this guy but I'm no longer a fan.
67 people found this helpful

LawyerMomReviewed in the United States on July 25, 2020
2.0 out of 5 stars
Disappointment
I’m a massive Jim Gaffigan fan, love his YT channel and even his Lets Get Cookin bits. I listen to all his old bits over and over again. But this special really missed the mark. Instead of self-deprecating humor, it seems like he spends most of these specials roasting the countries that he’s visiting. The episodes cover Canada and Spain. He’s also got some Japan material on his channel. It feels like it’s only funny to the folks who are most familiar with the nation he’s visiting.
This series, more than anything he’s done, feels like a half hearted recitation of “dad jokes” and puns he’s compiled over a number of family vacations. His prior work was often insightful, delivering some really sharp commentary on our society (remember the Kardashians as McD’s?) disguised as some lighthearted, clean comedy, a wolf in sheep’s clothing.
Disappointingly, Pale Tourist reads more like 9th grade geography research project than high intellect observational humor.
53 people found this helpful

Carole S BlalockReviewed in the United States on July 24, 2020
5.0 out of 5 stars
Pale Tourist Episode 1— Right on, Ay?
I have just finished watching the first episode of Pale Tourist. I can say a few things in all honesty:
1. No one does a better moose impersonation than Jim Gaffigan. So Gifted.
2. Pale tourist is Canadian culture appropriation at its finest. Who else could nail Canadian Tire without it going flat? (I know... I know). P.S. Enough with the red already Canadian Tire.
3. I am certain that Newfie’s are bound to appreciate the spot-on characterization of their great province where everything and everyone is a step out of sync. Pure genius.
4. Steve Martin: Hand over your title... there’s a new Jerk in town.
Looking forward to the next episode.
48 people found this helpful

Juan PelotasReviewed in the United States on July 31, 2020
1.0 out of 5 stars
Embarrasing
I generally like Jim's specials. I was shocked when these Pale tourist episodes show less than 4 stars. From Jim? Inconceivable. But WOW!!! WOW!!! It was bad. I hit the 10 second fast forward button quite a bit during his endless rant about the food and then Tim Horton. it was painful to watch. Comedy travels decently well to Canada since they know us. But still, he spent way too much time insulting. Self deprecating? Funny. Making fun of your hosts? Not so much.
Now, second episode in Barcelona. WOW. Where to start? First, what is he doing in Barcelona? First thought was "does Jim speak Spanish?". Nope!! With the full force of the ugly American's "everyone speaks English" he goes on and rants about Spain in English. In an obviously small venue, he got 20 to 40 people to laugh while most where probably whispering "este tío es un gilipollas" (but in Catalan). He bombed badly. It was embarrassing; very difficult to watch. The cameras keep showing the same girls laughing.
Jim, you are liked. I know traveling with 5 kids is expensive, and the tax deduction helps. But you've made it in the US, you got money; go ahead, take a decent vacation, and be respectful. As for me, I know I will pass on your foreign embarrassments. I will always have the old memories.
41 people found this helpful
See all reviews
Back to top
Get to Know Us
Make Money with Us
Amazon Payment Products
Let Us Help You
EnglishChoose a language for shopping. United StatesChoose a country/region for shopping.
© 1996-2021, Amazon.com, Inc. or its affiliates