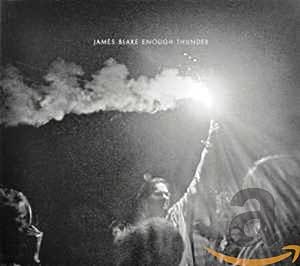 2011 EP, the follow-up to the British electronic artist's successful self-titled debut album. Alongside four original compositions are a cover of Joni Mitchells' 'A Case of You' and James' collaboration with Bon Iver. The remaining four pieces of music are solely James Blake compositions with Blake handling the writing, instrumentation, vocals and production for the tracks.

4.2 out of 5 stars
4.2 out of 5
36 customer ratings
How does Amazon calculate star ratings?
Amazon calculates a product’s star ratings based on a machine learned model instead of a raw data average. The model takes into account factors including the age of a rating, whether the ratings are from verified purchasers, and factors that establish reviewer trustworthiness.
Top Reviews

granmapuppies
2.0 out of 5 stars A bit too strange for my taste...
Reviewed in the United States on March 7, 2019
Verified Purchase
Granted James Blake has a unique voice. And his song 'A Case of You' is what prompted me to buy this CD. Unfortunately that is the only good song. I'm not sure what his producers were thinking when they put in all those are other tracks of just really strange music. Save your money. Just buy a case of you. It's so worth it.
Read more
One person found this helpful
Helpful
Comment Report abuse

Paul AllaerTop Contributor: Classical Music
TOP 50 REVIEWERVINE VOICE
4.0 out of 5 stars Nice mini-album/companion to the debut album
Reviewed in the United States on November 15, 2011
Verified Purchase
James Blake seemingly came out of nowhere in 2010 with a couple of vinyl EP releases that quickly created a sizable buzz and eventually lead to the release of his debut album earlier this year. Now only 6 months later already comes a new release.

"Enough Thunder" (6 tracks; 26 min.) continues the electronic minimalist sound of earlier releases, and to great effect. The opening track "Once We All Agree" is the first of several piano-based tracks on here (albeit with plenty other stranger sounds). "We Might Feel Unsound" is probably my favorite track on here, entirely electronic, and with interesting underlying pulses. "Fall Creek Buys Choir" is a new track co-written and co-performed with Justin Vernin (a/k/a Bon Iver), and I'm quite sure you've never heard Bon Iver like this, it's yet miles further away than their recent self-titled is from "For Emma"). As is the custom for James Blake, he includes a cover on this release as well, namely Joni Mitchell's "A Case Of You" (from her "Blue" album"), but Blake transposes the singer/guitar setting to a singer/piano setting. Other than changing it from guitar to piano, it is a surprisingly straight take on the song, and not my favorite moment on this release (this track was originally recorded for a BBC 1 show earlier this year). "Not Long Now" is probably the most "traditional", as in: electronic/chill sounding track on here. This release concludes with the title track, and again is just Blake and his piano.

In all, I quite like this release (don't call it an "EP", as it's only 12 min. shorter than the album released earlier this year, how about a "mini-album?), even though it is not quite as strong as the debut album, which surely will end up high on my "Albums of the Year" list. Blake has done some sporadic touring of the US this year, but unfortunately I did not get a chance to see him live. Can't wait for that opportunity at some point. Meanwhile "Enough Thunder" is a good addition to/companion to the stellar debut album from earlier this year. Looking forward to what James Blake will bring us next.

gusgus
1.0 out of 5 stars Uuuuuggghhh
Reviewed in the United States on February 23, 2019
Verified Purchase
Soooo I bought previous cds based on songs I heard on satellite radio. As a whole most of the music sounds like content one might hearon a dramatic scene from the walking dead. Nonetheless I took a chance on cd a this one of the most musical purchased I ever made. It's really depressing and awful !!!!! I guess I'm not a true fan. This cd is dark. I gave it one star only because I had to
Read more
Helpful
Comment Report abuse

Leslie-Anne Snipes
5.0 out of 5 stars James B(lake)-Sides
Reviewed in the United States on November 1, 2013
Verified Purchase
In terms of genre, it is hard to put a single word on was Mr.Blake is trying to convey. In this case, the best way to describe it on his terms would be experimental. Not quite dub-step, not quite a big dance tune, not quite a ballad. Just an electronic and harmonic space.

That's definitely something to love about James Blake. He manages to produce a wonderful "space" in his music. One minute the music is phasing his electronic rhodes and auto-tuned voice in all directions then two tracks later he is singing a cover of Joni Mitchell's "A Case of You." Dude has range! Some standout tracks are:

1. "Once We All Agree" - Repetitious lyrics and chords. This is a song that, when in the right state of mind, one can become completely lost.

2. "We Might Feel Unsound" - Again, Blake doesn't stray from repetition but this time it has more of a pulse. The tone is a new extention of the previous track with tight drums answering to one another.

4. "A Case of You" - A big favorite of fans and Blake alike, this is a fantastic cover of Blake's favorite artist Joni Mitchell. He sings beautifully and with such conviction.

James Blake clearly creates the music that he wants to make. There are no outside influences twisting his sound into something more palatable, consumable, or sellable. If you enjoyed Blake's first album then give this one a chance. Don't be so swift to shut it out. And remember, keep your ears open!

James M
5.0 out of 5 stars Seriously Amazing
Reviewed in the United States on December 30, 2014
Verified Purchase
It's hard to go wrong with this album. It is beautiful from beginning to end. This album on vinyl is practically heaven!
Read more
Helpful
Comment Report abuse

Shellye
5.0 out of 5 stars Great Voice!
Reviewed in the United States on March 10, 2013
Verified Purchase
Something about James Blake's voice drives me crazy. I love it. I probably listened to this album 20 times back-to-back after I purchased it. I "A Case of You" cover is great. It would make Joni Mitchell jealous. Download it for yourself and see.
Read more
Helpful
Comment Report abuse

Yo-Yo's Roomie
5.0 out of 5 stars Baby Making music.
Reviewed in the United States on May 29, 2014
Verified Purchase
This record is great on it's own merits, but it has also proven to be a powerful aphrodisiac as well. Yes, I also reviewed Overgrown this way.
Read more
One person found this helpful
Helpful
Comment Report abuse
See all reviews from the United States

Afarruji
5.0 out of 5 stars A good starting point
Reviewed in the United Kingdom on January 17, 2014
Verified Purchase
James Blake has grown as an artist since this very fisrt album/EP, but here you can listen to the roots of his musical style. A must for Blake's fans.
Read more
Helpful
Sending feedback...
Thank you for your feedback.
Sorry, we failed to record your vote. Please try again
Report abuse

Mr D R King
5.0 out of 5 stars Talent
Reviewed in the United Kingdom on January 11, 2013
Verified Purchase
Worth the buy for "a case of you". I'll listen to the rest later. Blah blah blah blah blah blah.
Read more
One person found this helpful
Helpful
Sending feedback...
Thank you for your feedback.
Sorry, we failed to record your vote. Please try again
Report abuse

carolyn dennis
5.0 out of 5 stars Reivew of Enough Thunder
Reviewed in the United Kingdom on February 22, 2013
Verified Purchase
This is an excellent album. I love playing it really loud as the acoustics are great. Would recommend it to all.
Read more
One person found this helpful
Helpful
Sending feedback...
Thank you for your feedback.
Sorry, we failed to record your vote. Please try again
Report abuse

What other items do customers buy after viewing this item?