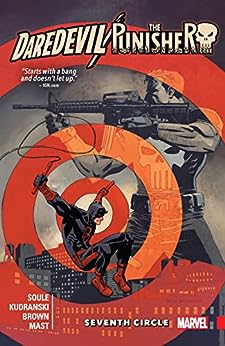 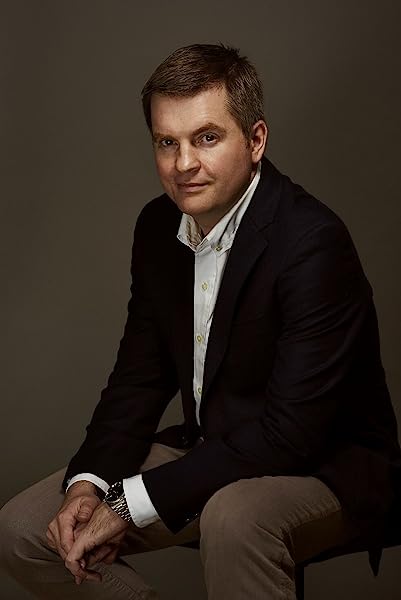 It's a clash between two vigilantes with very different ideas about justice! A simple change of venues for one of Matt Murdock's cases becomes more complicated when the Punisher attempts to send the defendant away — permanently! If Daredevil and his protégé, Blindspot, want this Russian mobster to have his day in court, it will take everything they have. But all Frank Castle needs to get his job done is one bullet! And with the gangster's associates also on his trail, getting him to the airport won't be easy. Will the Punisher get the chance for a kill shot? Will Daredevil secure a fair trial in Texas, where the accused may still end up facing a lethal injection? Or will this matter of life and death be decided by…the Crimson Dynamo?!
Read more
Previous page
Next page
Kindle e-Readers
Fire Tablets
Free Kindle Reading Apps
Available on these devices 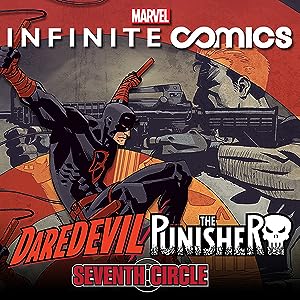 Based in Brooklyn, New York, New York Times bestselling author Charles Soule is a writer of novels (graphic and otherwise), comics, screenplays and stories of all types. He plays the guitar fairly well and speaks at least one language.

Born in the Midwest, he spent his early years in Michigan before moving to Asia, where he spent time living in Hong Kong, Manila and Singapore. Stints on the East Coast followed, before settling in New York (apparently) for the long haul.

He is the author of the novels ANYONE and THE ORACLE YEAR, published by HarperCollins' Harper Perennial imprint, as well as LIGHT OF THE JEDI, launch title for STAR WARS:THE HIGH REPUBLIC. In addition to novels, he is a prolific writer of comics, including many titles for Marvel, DC, Image and other comics publishers, such as Undiscovered Country, Death of Wolverine, She-Hulk, Darth Vader, Lando, Curse Words, Letter 44 and long runs on Daredevil, Swamp Thing and Inhuman. Learn more at www.charlessoule.com.

C.D.
5.0 out of 5 stars Punisher doing what he does best...and Daredevil trying to stop him
Reviewed in the United States 🇺🇸 on May 20, 2018
Verified Purchase
I'm a Punisher fan so there isn't much I don't like about any of the collections, If your a Punisher fan you'll like this also.
Read more
2 people found this helpful
Helpful
Report abuse

Jonnie Sparko
3.0 out of 5 stars Not the best and not the worst.
Reviewed in the United States 🇺🇸 on February 19, 2017
Verified Purchase
Some of the writing in this book is pretty bad, but the story was entertaining enough to have kept me wanting to finish it. Reading this four issue collection is like watching a summer blockbuster. It doesn't go too deep, but it has thrills. The acting isn't all that, no one is winning an award, but you watch the whole movie to see how it ends. You watch the movie, eat your popcorn, and you go home and do laundry. The story won't be leaving a lasting effect.
The art is ok, nothing spectacular. I do like the color palette used. It's properly dark in all the right places.
But the writing as a whole... Some of the dialog feels like it came out of an 80's action flick or written in the silver or bronze age of comics. Some of the reactions to particular events seem out of character and/or like Soule took the easy way out of a situation he wrote himself into.
I really am enjoying Soule's work on the main book, and I have to imagine that he rushed this one a bit. Maybe because Marvel wanted a DD/Punisher story to coincide with the Netflix show? I can't say for sure. Thing is, there is no depth here, it's all just camera tricks and special effects. You watch the trailer to this movie and you've probably seen all you need.
I'm the telling you not to buy this, go ahead and do it, it's a fun book, but also, don't go in with super high expectations.
Read more
6 people found this helpful
Helpful
Report abuse

vince west
4.0 out of 5 stars Daredevil/ Punisher 7th circle
Reviewed in the United States 🇺🇸 on March 4, 2017
Verified Purchase
I love Punisher and really like him fighting Daredevil. I wish this fight was a little more violent but it was still good.
Read more
4 people found this helpful
Helpful
Report abuse

Bryan
5.0 out of 5 stars huge fan of both
Reviewed in the United States 🇺🇸 on November 2, 2016
great art and Soule writing on point. wish it was a bit longer this could've been the All Star Batman of Marvel but as a fan of DD and Punisher I was very satisfied.
Read more
2 people found this helpful
Helpful
Report abuse

Spidey
1.0 out of 5 stars Terrible
Reviewed in the United States 🇺🇸 on April 24, 2017
A boring, snoozefest of a fight where the 2 characters both fight over wanting the exact same thing. It's like the 20 min fight in "They Live" over trying to force someone to put sunglasses on.

Matt Murdock is shipping a criminal off to be tried in Texas so he can get the death penalty. But Punisher wants him to die now. So what does Daredevil do? He takes on the Punisher while the criminal repeatedly gets away and kills more people.
Read more
7 people found this helpful
Helpful
Report abuse
See all reviews

Ghostface Gambino
4.0 out of 5 stars Worth a look
Reviewed in the United Kingdom 🇬🇧 on July 24, 2017
Verified Purchase
A good story. Although It felt more Like a DD story with the punished thrown in for good measure. Still worth a read for any DD/Punisher fans. Nice art too.
Read more
Report abuse