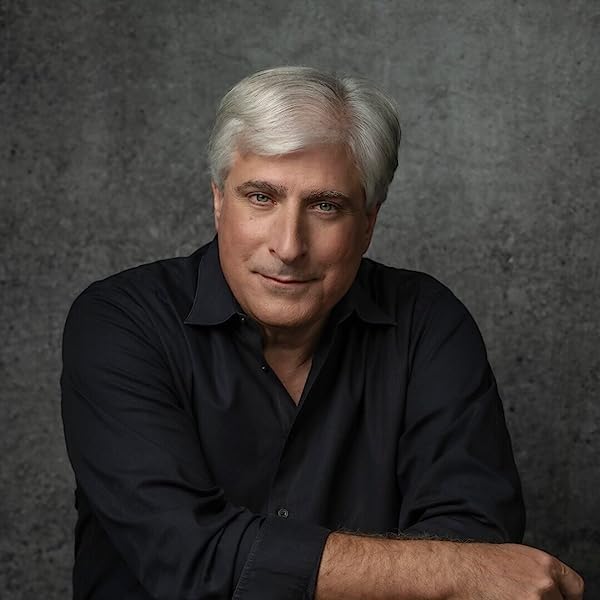 4.5 out of 5 stars 1,357 ratings
Book 4 of 17: Cotton Malone
See all formats and editions
Sorry, there was a problem loading this page. Try again.
Previous page
Next page

Steve Berry is the New York Times and #1 internationally bestselling author of sixteen Cotton Malone adventures, five stand-alone thrillers, and several works of short fiction. His books have been translated into 41 languages with 25,000,000 copies in 52 countries. They consistently appear in the top echelon of The New York Times, USA Today, and Indie bestseller lists. Somewhere in the world, every thirty seconds, a Steve Berry book is sold.

History lies at the heart of every Steve Berry novel. It’s his passion, one he shares with his wife, Elizabeth, which led them to create History Matters, a foundation dedicated to historic preservation. Since 2009 Steve and Elizabeth have crossed the country to save endangered historic treasures, raising money via lectures, receptions, galas, luncheons, dinners, and their popular writers’ workshops. To date, 3,500 students have attended those workshops, with over $1.5 million dollars raised.

Steve’s devotion to historic preservation was recognized by the American Library Association, which named Steve its spokesperson for National Preservation Week. Among his other honors are the Royden B. Davis Distinguished Author Award; the Barnes & Noble Writers for Writers Award given by Poets & Writers; the Anne Frank Human Writes Award; and the Silver Bullet, bestowed by International Thriller Writers for his philanthropic work. He has been chosen both the Florida and Georgia Writer of the Year. He’s also an emeritus member of the Smithsonian Libraries Advisory Board. In 2010, a NPR survey named The Templar Legacy one of the top 100 thrillers ever written.

Steve was born and raised in Georgia, graduating from the Walter F. George School of Law at Mercer University. He was a trial lawyer for 30 years and held elective office for 14 of those years. He is a founding member of International Thriller Writers—a group of nearly 6,000 thriller writers from around the world—and served three years as its co-president.

HLE
5.0 out of 5 stars Yet Another Great Read...
Reviewed in the United States 🇺🇸 on January 30, 2012
Verified Purchase
I am a great Steve Berry and Cotton Malone fan. Mr Berry's books are well written, packed with historical facts, characters you can easily interact with and a well thought out plot that always
comes together soundly at the end. I have to admit missing his two friends, Henrick and Ms Vitt and at first I thought the book would not be the same without them. However, as I read further I realised Cotton was on his own quest to find the truth behind the death of his father, submariner Forrest Malone. There are two plots running parallel, one involving Cotton's quest to solve his Dad's death in the Antarctic 38 years ago and the other Edwin Davis of the White House, with the help of Stephanie Nelle, Director of the Magellan Billet, set on revenge for the long ago murder of his secret love which was ordered by the now extremely ambitious Head of Naval Intelligence who intends to kill his way to the Oval Office. President Danny Daniels is once again supporting both of these endeavors which ultimately intertwine and give results that satisfy Cotton, Edwin, Stephanie and of course last but not least the President and the overall security of the United States of America. While some say it's not necessary to read the series in order, I disagree. As the series progresses it is invaluable to know the background history between the main characters to understand where the later books fit in. I understand Cotton would love to stay in retirement and no longer have to chase around the world solving intriguing cases and getting shot at but I'm sure he'd get very board tending his bookshop in Denmark and I hope Mr Malone has a few more escapades with his group of friends instore for us. I thoroughly recommend Steve Berry as a 'must read' author, whether it be the Malone Series or his stand alone novels, he makes you think about what you are reading, certainly not chewing gum for the mind !

Kindle Customer
5.0 out of 5 stars Captures your interest right away. Love the characters and the amount of research the author does.
Reviewed in the United States 🇺🇸 on April 23, 2022
Verified Purchase
If you like Daniel Silva you will appreciate Steve Berry. Appreciate the fact checking vs embellishments for the story being outlined. Even pages being indicated so you can go back snd review.
Read more
Helpful
Report abuse

SgtMaj Miller
5.0 out of 5 stars Malone Reunited with his Father
Reviewed in the United States 🇺🇸 on January 11, 2022
Verified Purchase
The mystery behind what happened to Cotton us father is discovered. Cotton and Stephanie still working together whether he likes it or not. Great story line and adventure. Looking forward to the next book. Great read.
Read more
Helpful
Report abuse

Dave Schwinghammer
VINE VOICE
2.0 out of 5 stars The Bodies Pile up like Cord Wood
Reviewed in the United States 🇺🇸 on January 1, 2009
Verified Purchase
I've read a few other Berry thrillers (THE AMBER ROOM, THE ROMANOV PROPHECY), mainly to satisfy my Romanov jones. Berry usually does a pretty good job making the historical distortions palatable. That's not the case with THE CHARLEMAGNE PURSUIT. I wanted to know more about Charlemagne, but this is more about some crazy Nazi scheme to prove their Aryan ancestry.

The book is in trouble right off the bat in that there are too many characters, and each of them is given his/her own viewpoint. There's a villainous admiral who wants to be vice president who will stop at nothing to get there, including murdering people. There are three or four secret agents, some of whom work for the admiral. There are two crazy German sisters who hate each other and their mother who is even crazier. There is a professional hit man with more lives than a cat. The list goes on and on. Suffice it to say the bodies pile up like cord wood.

The Charlemagne reference has to do with a couple of books that the two German sisters own, one supposedly found in Charlemagne's grave. One of the books is in Latin, the other in some unintelligible language that the sisters and Cotton Malone, the main character, try to translate. It supposedly has to do with an advanced civilization that existed well before the Egyptians. And get this, it was supposed to be located beneath the ice cap in Antarctica.

Berry must have had a problem with some of this stuff himself because he includes a "writer's note" at the end, trying to fill some of the holes. For instance, there really is a NR-1 submarine; there really were two covert operations called Highjump and Windmill. There really is a Piri Reis map with advanced navigational references that existed before longitude and latitude and the prime meridian were agreed upon. He also takes a mild swing at science which denied the existence of continental drift; this is supposed to prove that there could have been an advanced civilization before the Egyptians.

What finally got me was the complete lack of motivation for the hatred of the two sisters. Was it supposed to have something to do with impressing their mother, or were they just crazy? The most likely explanation is that Berry needed them to behave that way, and that's author intrusion, a big no no.
Read more
10 people found this helpful
Helpful
Report abuse
See all reviews

CaroleQ
5.0 out of 5 stars When you also include a German family with a historical link to the Nazis who will do anything to find out what happened to the submarine you have a fast paced action thriller that in my view does not disappoint. All parties in the quest soon realise that ...
Reviewed in the United Kingdom 🇬🇧 on December 21, 2017
Verified Purchase
The Charlemagne Pursuit

The fourth Cotton Malone adventure from Steve Berry. What is interesting here are the changes Berry makes to the content with two main supporting characters from the first three books conspicuous by their absence. Deliberate ploy to freshen things up I do not know but the characters that were included more than made up for the original two’s absence.

Almost forty years later Cotton manages to get access to the investigation paperwork and immediately all hell breaks loose. Individuals within the US navy want the report back under lock and key and are willing to kill in order to achieve it. However not all US personnel see it the same way and see this as an opportunity to shed light on a mystery that has remained unsolved for many years.

When you also include a German family with a historical link to the Nazis who will do anything to find out what happened to the submarine you have a fast paced action thriller that in my view does not disappoint. All parties in the quest soon realise that it is not just the events of the last forty years that are paramount. Could the submarine have been following clues from a learned advisor of medieval Frankish king Charlemagne? Was the submarine in Antarctica because it was looking for something?

Berry knows how to tell a story well. Weaving together a mixture of fact and fiction he creates an excellent storyline that grips the reader. An interesting point is that at the back of the book is a Writers Note section where he separates fact and fiction. The amount that is factually correct is by far the majority of the tale.

RTG1307
5.0 out of 5 stars Love this series
Reviewed in the United Kingdom 🇬🇧 on December 29, 2022
Verified Purchase
Great series of books. I wanted something similar to the Dan Brown series and this is just as good
Read more
Report abuse

Mrs. C. A. Harris
5.0 out of 5 stars Cotton Picking Good
Reviewed in the United Kingdom 🇬🇧 on December 22, 2017
Verified Purchase
Love Steve Berry, one of my top five authors - I have been catching up on Cotton Malone and this was the best way of reading it although I enjoy the physical touch of a book, it just had to be the kindle this time! Usual brilliant story telling
Read more
Report abuse

David Owens
5.0 out of 5 stars Sherry Berry @ he's best
Reviewed in the United Kingdom 🇬🇧 on April 2, 2020
Verified Purchase
Not disappointed, another spellbinding story, which you need to read until the final page. looking forward to the next book.
Read more
Report abuse