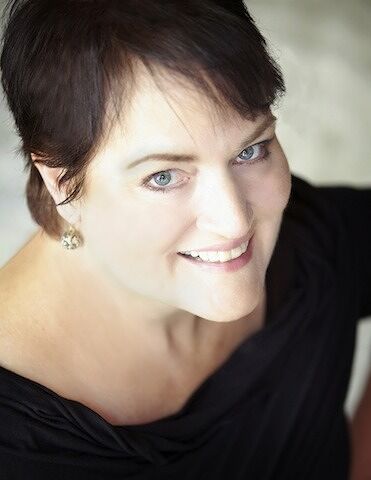 Dr. Felix’s public speaking appearances have included the Robert Dole Institute of Politics, Columbia-Montour Women’s Conference, Ozark and Tallgrass Creative Writing workshops, and Iowa Book Festival. To commemorate International Women’s Day 2014, she moderated a panel about women’s roles in promoting democracy in the Middle East and Iran at the U.S. House of Representatives.

The author’s other biographies profile musical figures Andrea Bocelli, Harry Connick, Jr., and musical savant Tony Deblois, the latter three reflecting her professional background in music as a classical singer who has performed in concert and recital in many cities including New York, Chicago, Minneapolis, Paris, Moscow, and Prague. She studied music at the University of Wisconsin-Madison, Mannes College of Music in New York City, and Institute for Advanced Vocal Studies in Paris. 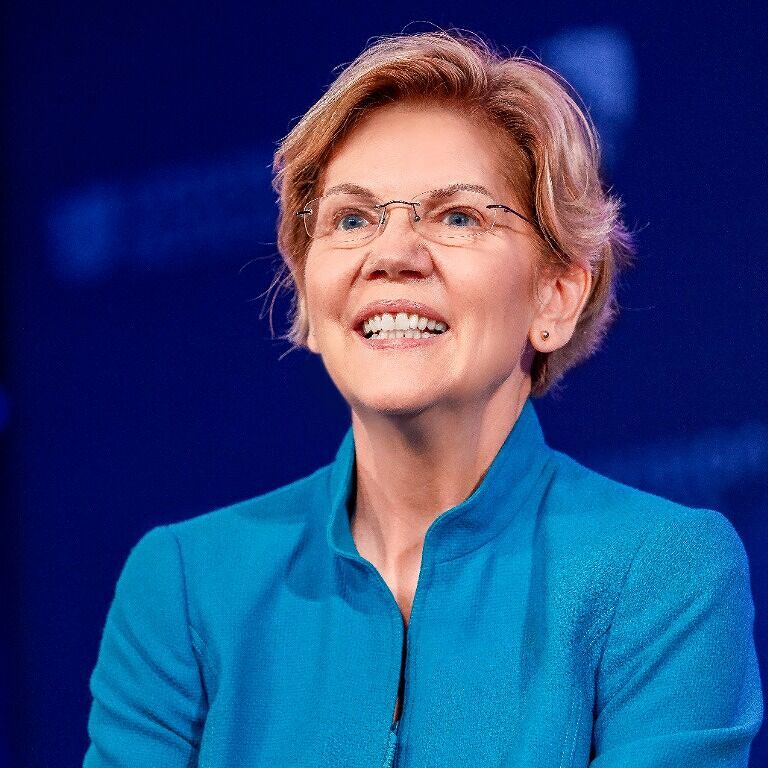 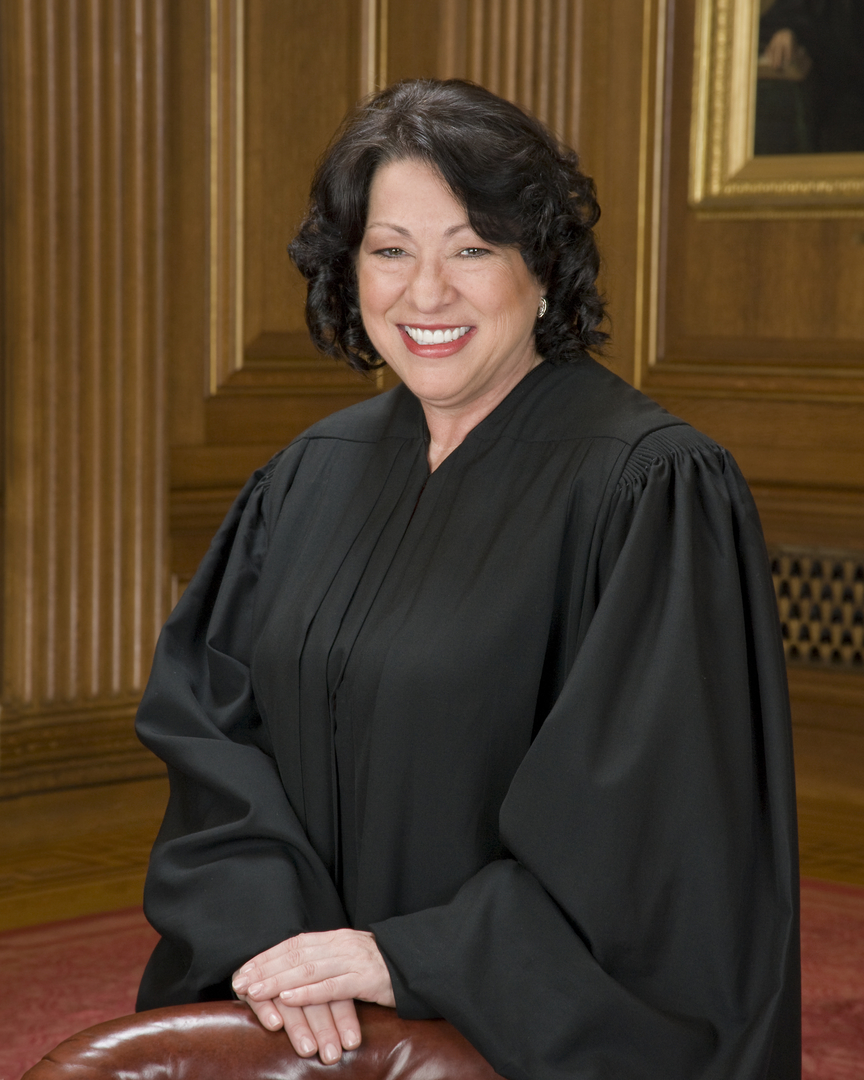 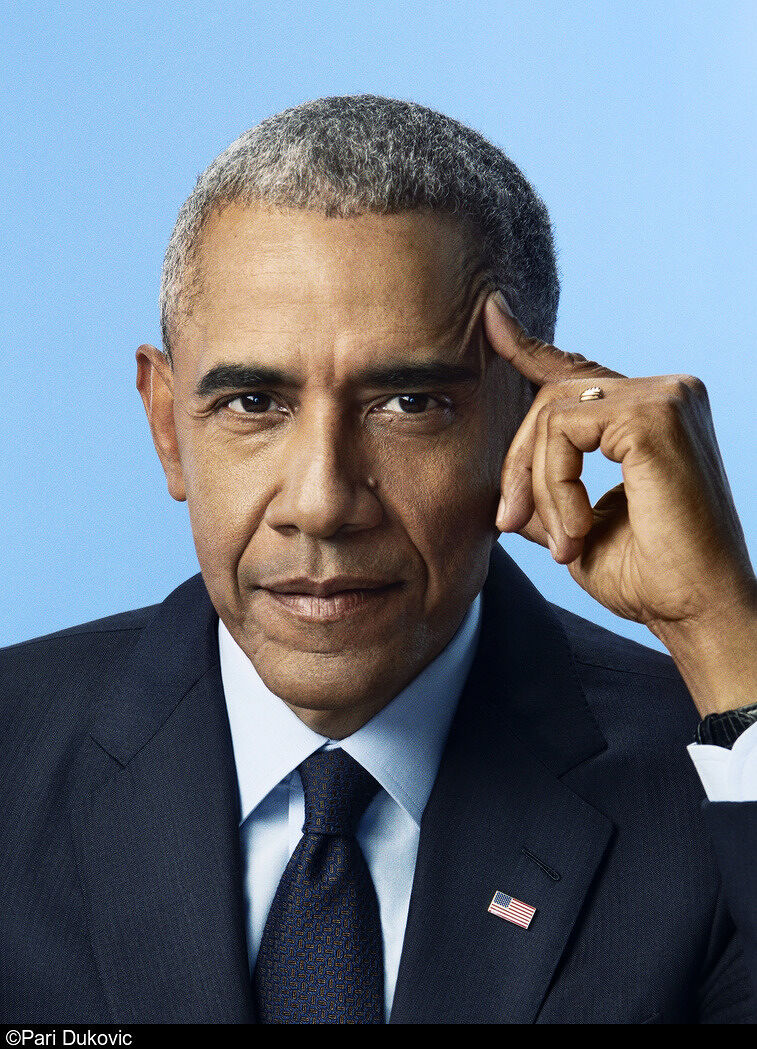 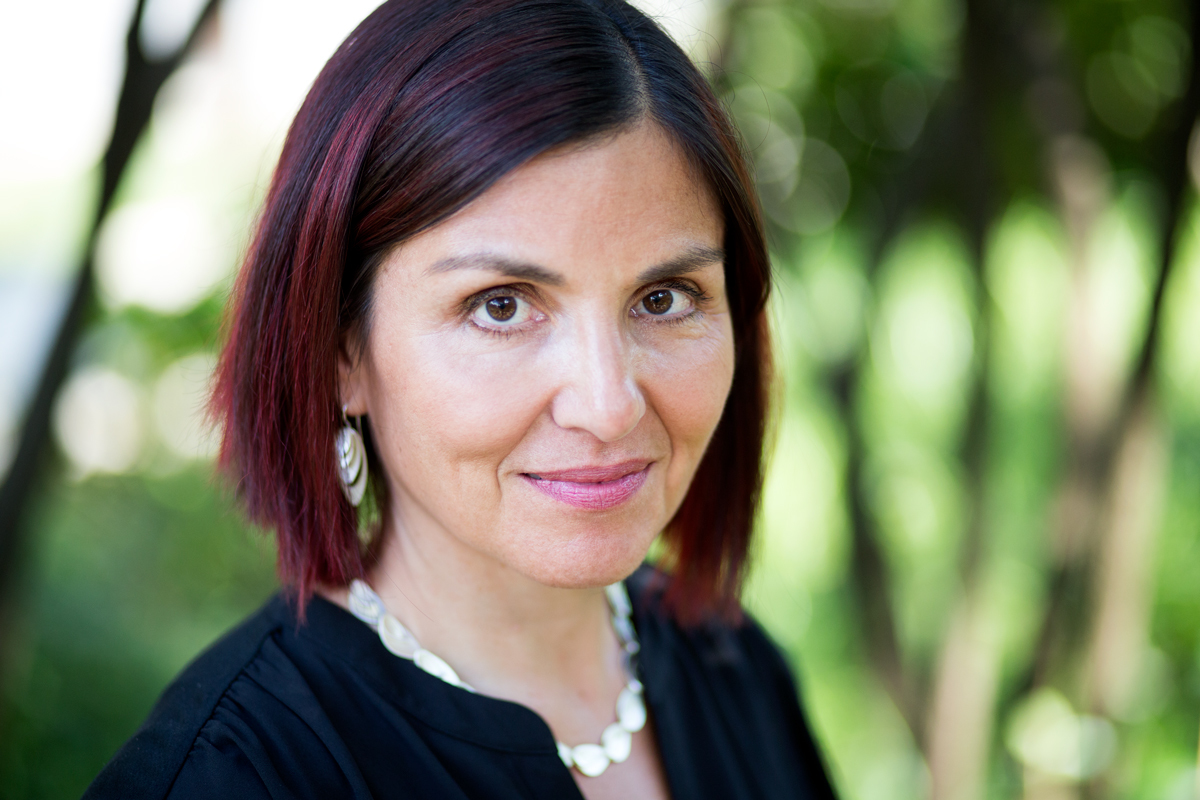 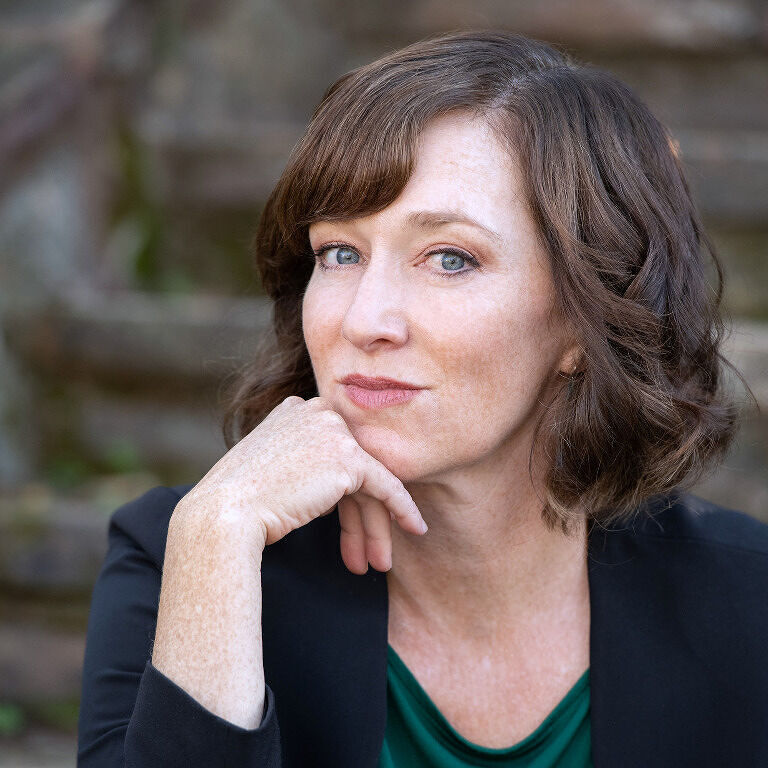 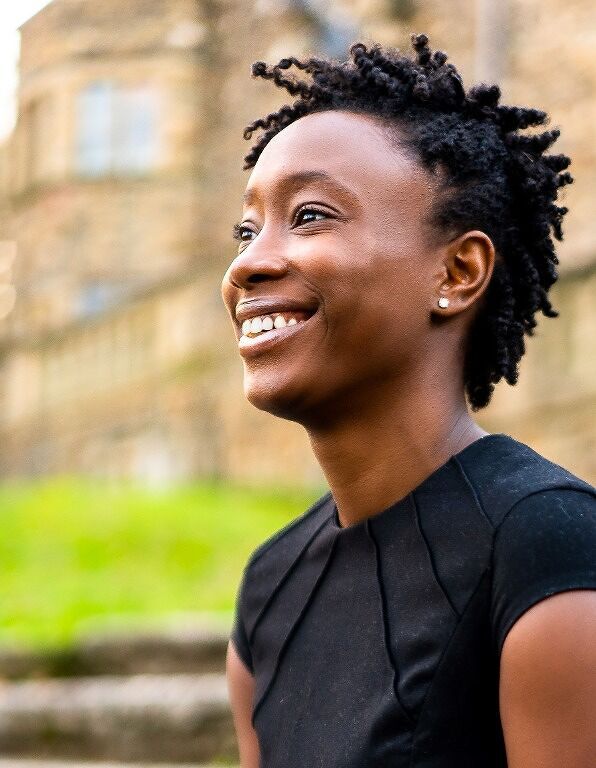 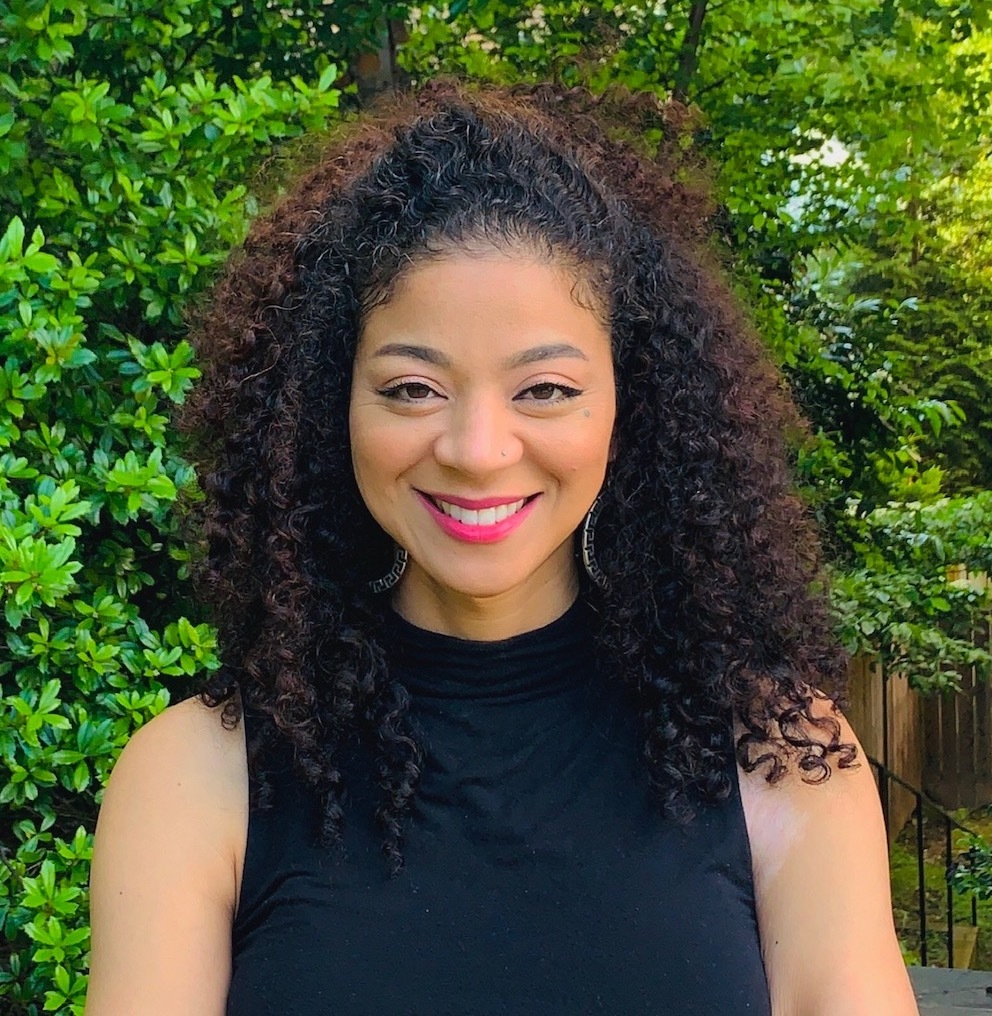 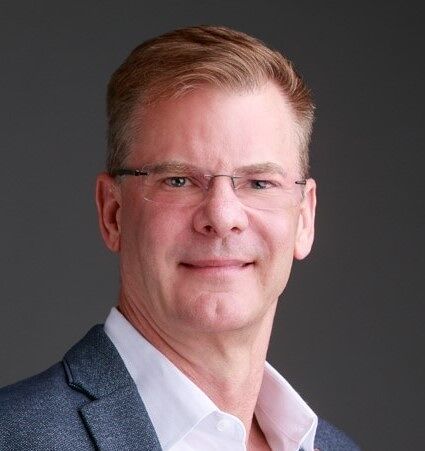 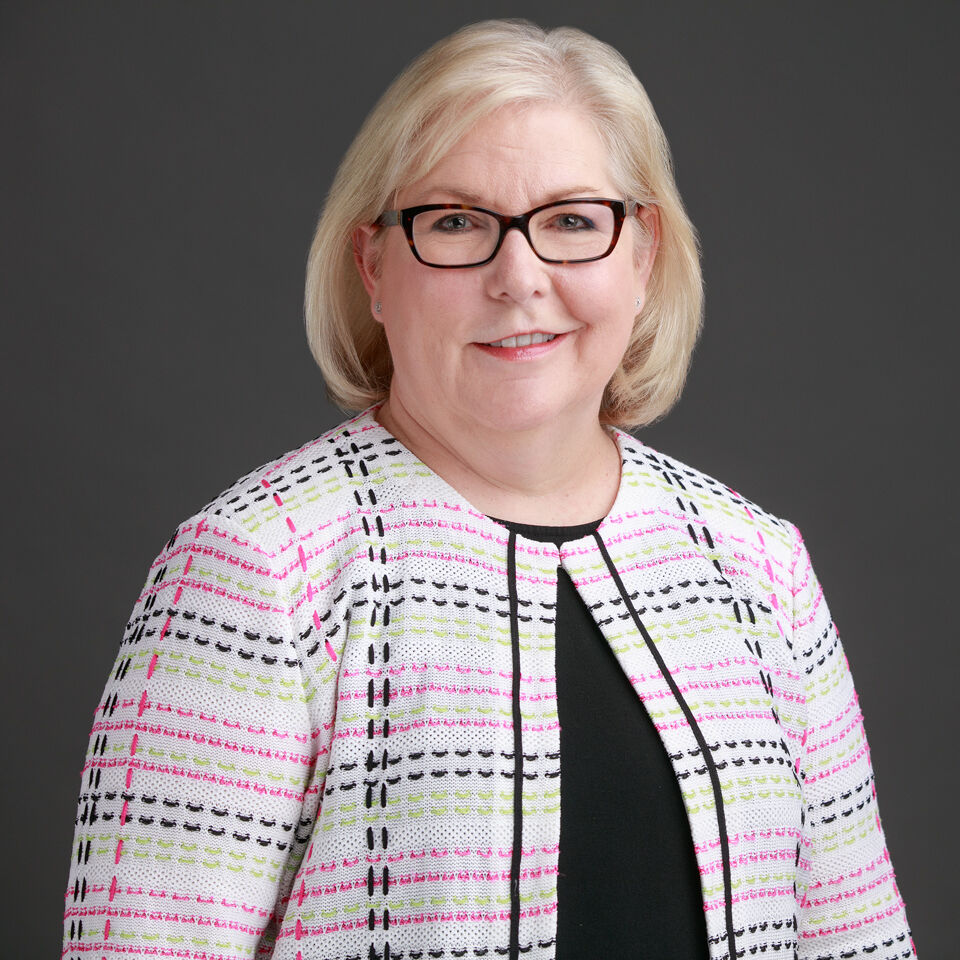 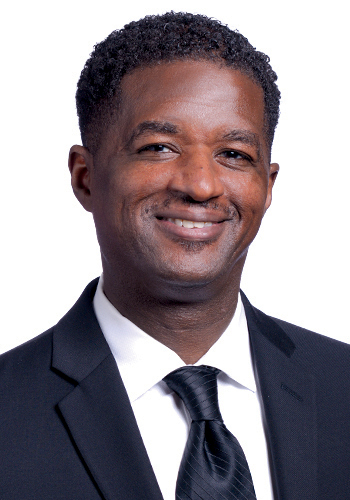 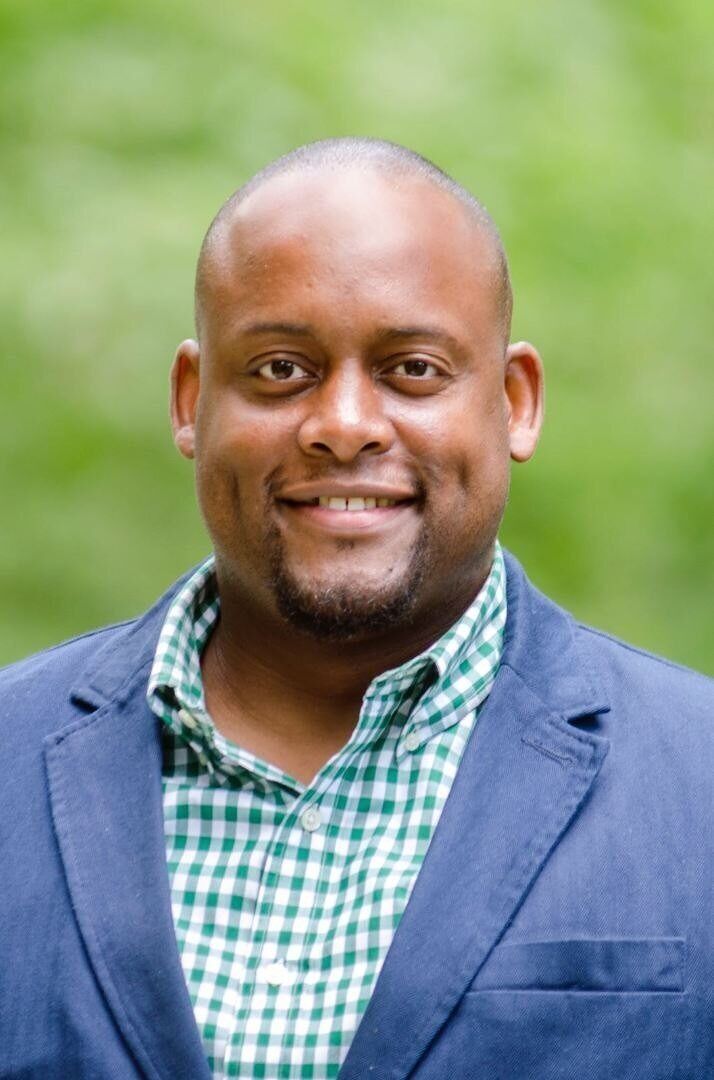 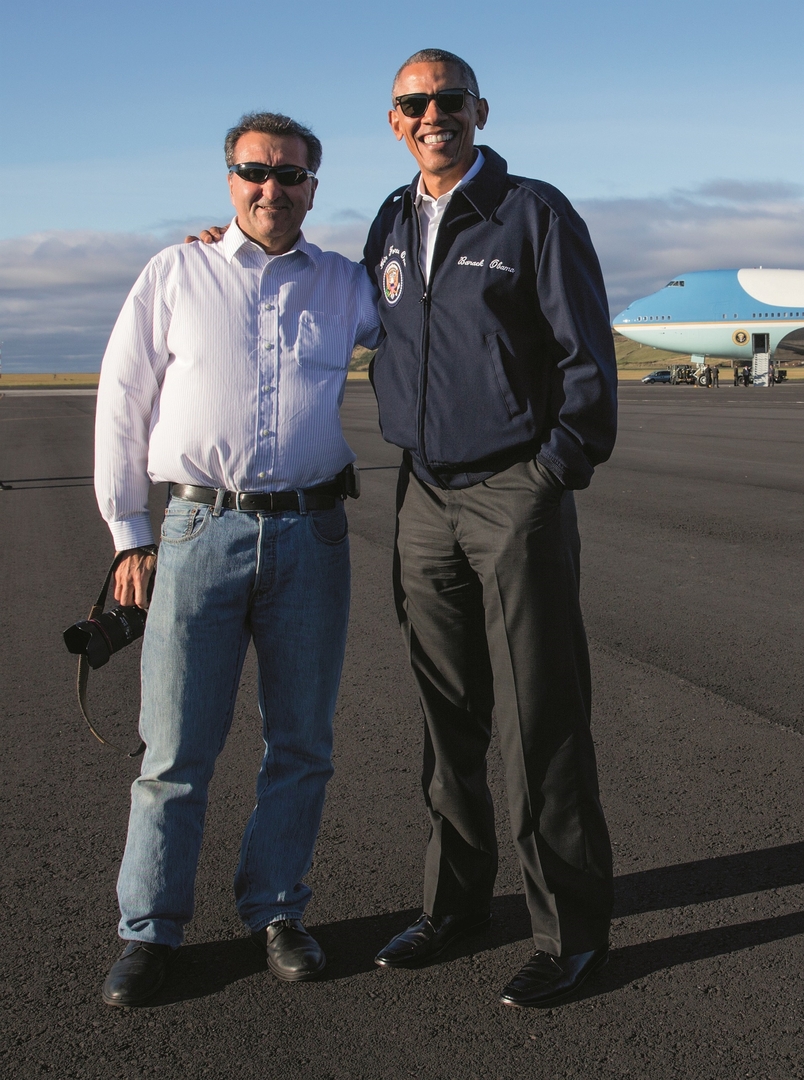 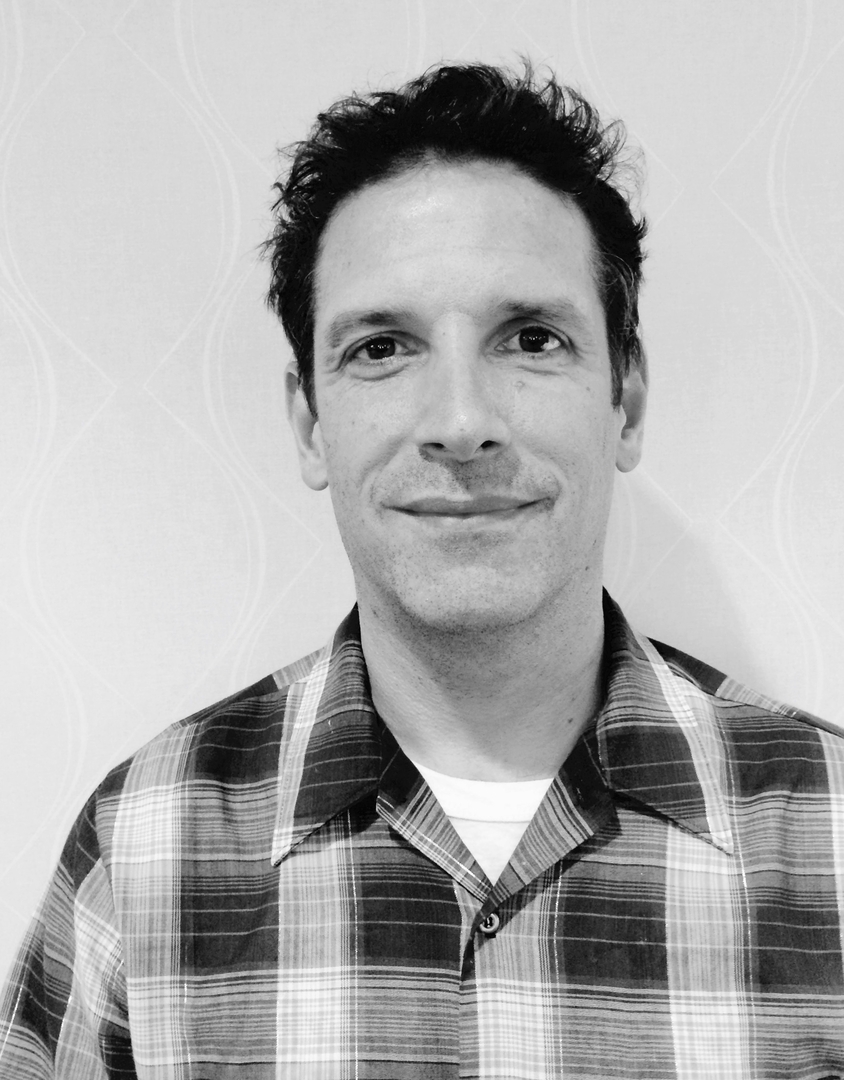 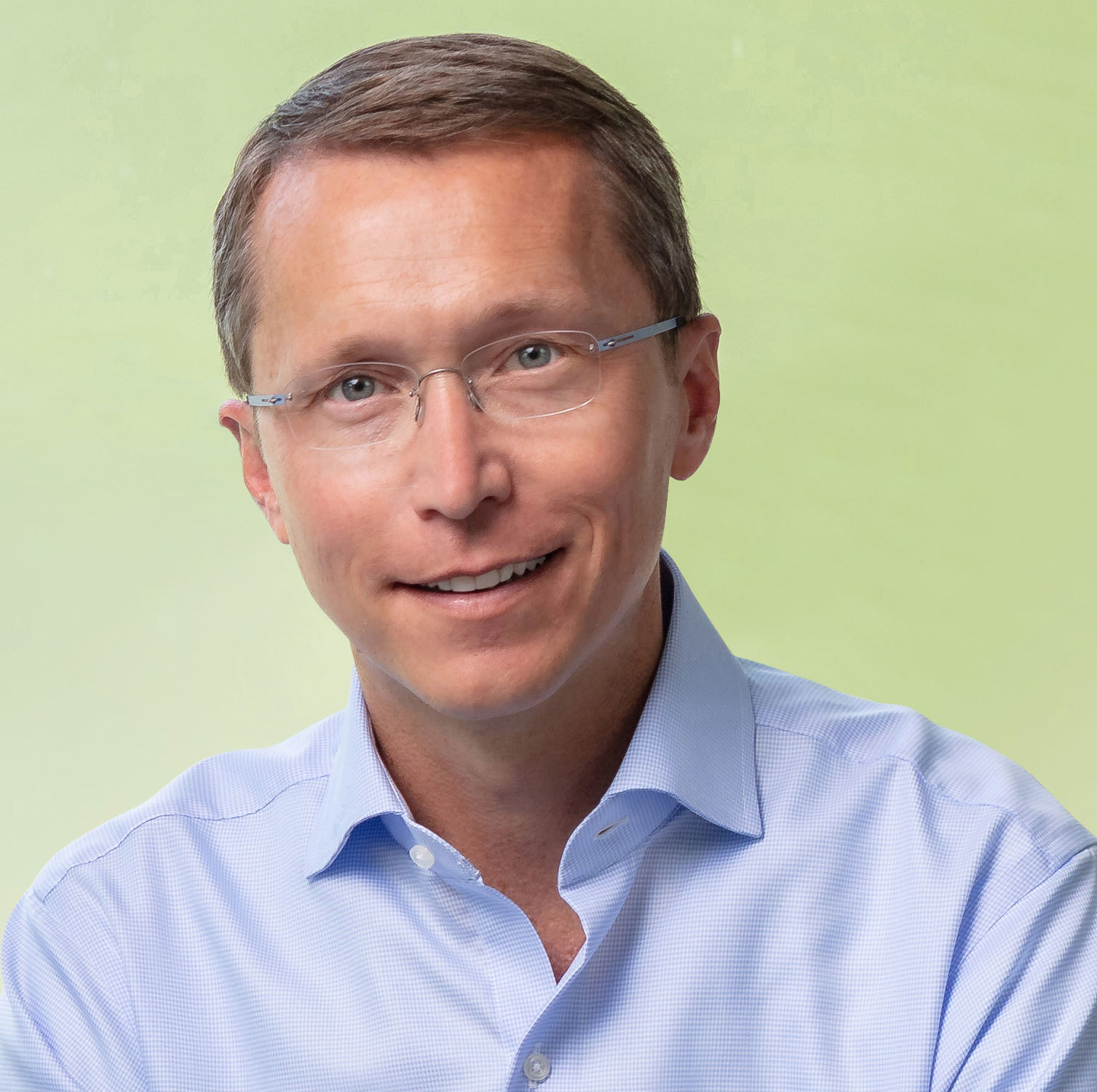 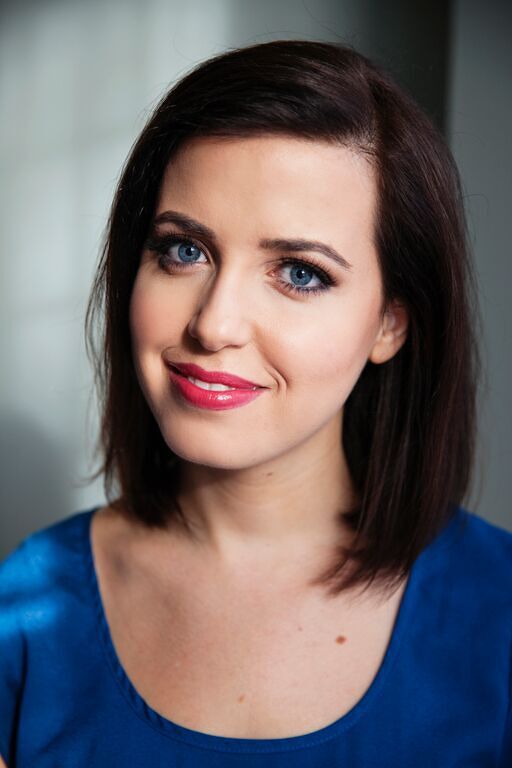 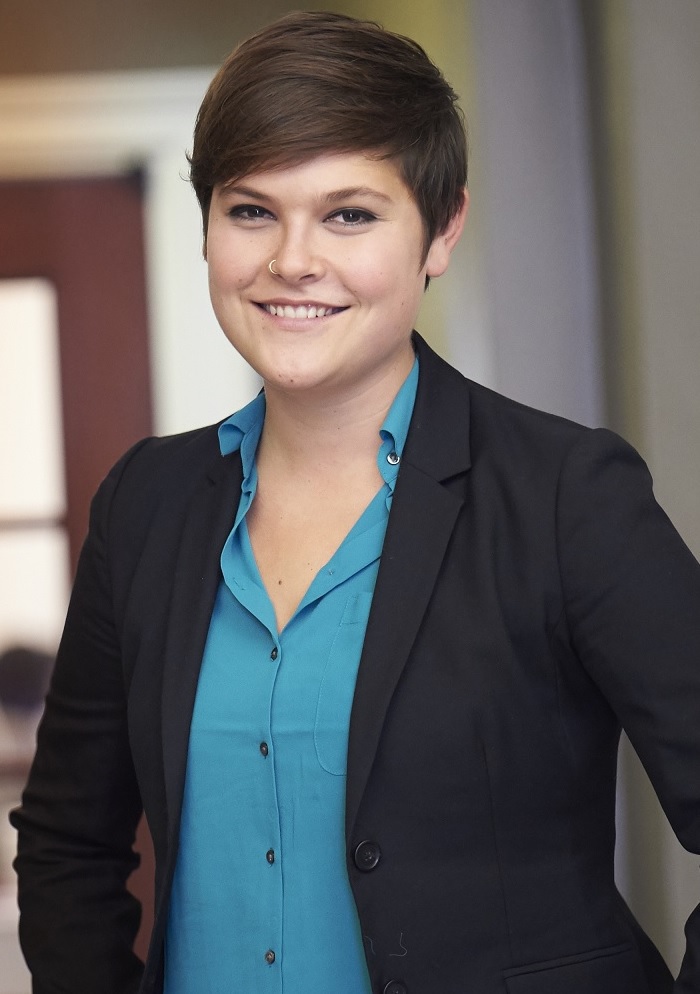 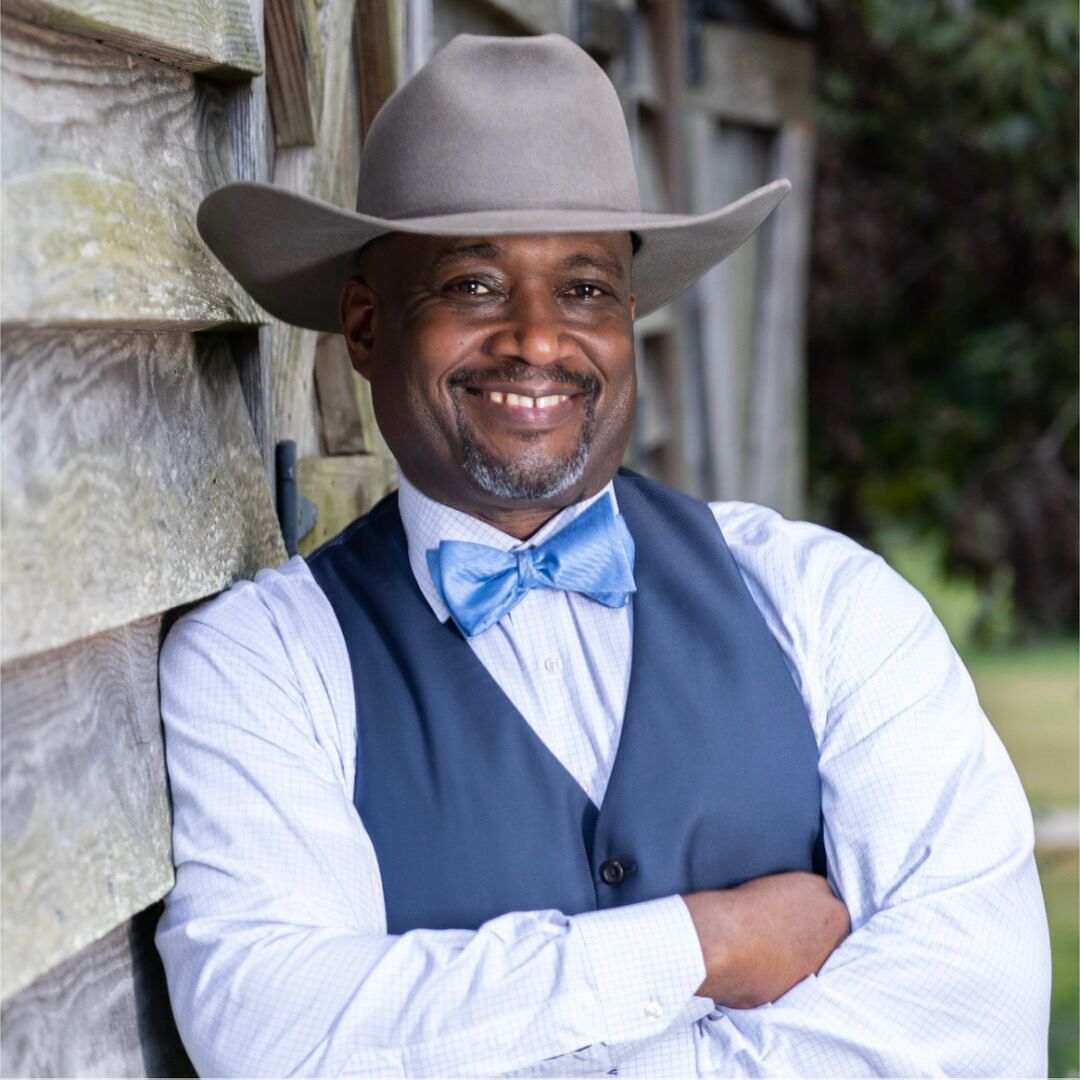 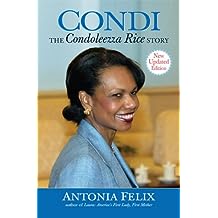 This is the remarkable and galvanizing true story of Condoleezza Rice—sixty-sixth United States Secretary of State under President George W. Bush, who once said about his close confidante, "Dr. Rice is not only a brilliant person, she is an experienced person. . . . America will find that she is a wise person."

With the current release of her own long-awaited memoir, Condoleezza Rice is more fascinating than ever. Drawing from exclusive interviews with dozens of friends, relatives, colleagues, and teachers, as well as scores of previous articles and interviews, this thoroughly researched and detailed biography paints a compelling portrait of a born leader of resolute character who broke all barriers to excel as a black woman in an arena usually dominated by white men.

From her childhood in segregated Birmingham, Alabama, where her parents fostered a love of learning and excellence at an early age, to her calling to the arts as an outstanding classical pianist, to her rise through the political ranks to the halls of power in Washington, D.C., Condi is a revealing look at the most gifted and influential woman in American political history. 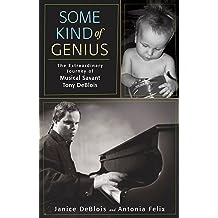 Some Kind of Genius: The Extraordinary Journey of Musical Savant Tony DeBlois Sep 15, 2005
by Janice Deblois, Antonia Felix
( 8 )
$16.99
The inspiring true story of an exceptional autistic savant whose musical gifts thrill audiences the world over

Ever since he was born--blind and weighing less than two pounds--Tony DeBlois has been defying the odds and wildly surpassing others' expectations. Diagnosed early on as autistic, at two years old his talent for music was revealed when he played "Twinkle, Twinkle Little Star" on a toy piano. Going on to graduate with honors from the Berklee College of Music, today Tony leads an improvisational jazz ensemble and performs solo shows from Dublin to Taipei and even Washington, D.C.'s Kennedy Center.

Some Kind of Genius weaves details of Tony's amazing musical accomplishments--he can play 20 instruments--with a fascinating look at savant syndrome, in which a person with certain developmental limitations exhibits brilliance in some other aspect of his life. Tony's fiercely devoted mother, Janice, also tells of her own crusade--not only for the rights of her son but also on behalf of all those with special needs.
Read more
Other Formats: Hardcover 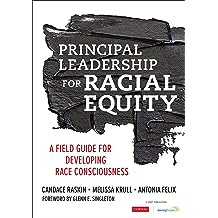 The COVID 19 pandemic has illuminated deep-seated structural inequities in our schools and across society.  More than ever, education leaders are being challenged to take action to disrupt the institutional racism that undergirds many of our longstanding policies and practices. Our students are challenging us to step up and be antiracists who commit to the uncompromising belief all children can learn and deserve an exceptional education. Based on 10 years of work leading the Institute for Courageous Principal Leadership, this book guides leaders to expanding their racial consciousness through self-reflection and provides the tools they need to counter implicit bias and respond to resistance. Grounded in research, but written in practitioner-friendly language, this book:

• Navigates the politics of leadership without compromising student achievement

The practical lessons and strategies in this book will equip you with the skills to implement the leadership and actions that must be taken to confront the reality of systemic racism in education and transform schools into learning environments with a student-centered commitment to high achievement for every learner. 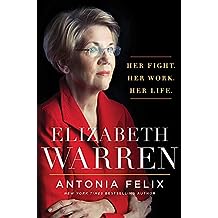 Elizabeth Warren's rise as one of America's most powerful women is a stirring lesson in persistence. From her fierce support of the middle class to her unapologetic response to political bullies, Warren is known as a passionate yet plain-speaking champion of equity and fairness. In the wake of one fellow senator's effort to silence her in 2016, three words became a rallying cry across the country:

In this Elizabeth Warren book, best-selling author Antonia Felix carries readers from Warren's hardscrabble roots in Norman, Oklahoma, to her career as one of the nation's most distinguished legal scholars and experts on the economics of working Americans. Felix reveals how Senator Elizabeth Warren brought her expertise to Washington to become an icon of progressive politics in a deeply divided nation, and weaves together never-before-told stories from those who have journeyed with Warren from Oklahoma to the halls of power.

Praise for Elizabeth Warren: Her Fight. Her Work. Her Life.:

"Many politicians focus on the 'me'. Elizabeth Warren has always been about the 'we'—that sacred American bond of equal justice for all that Dr. King fought for. Felix's biography explains why we need her 'persistent' voice more than ever, now and in the future." — Congressman John Lewis

"Felix is an excellent writer, and her book is, at its best, quite interesting." — NPR Books 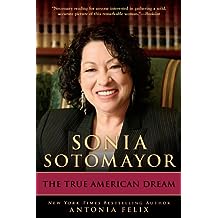 Drawing on in-depth interviews with Sonia Sotomayor's former colleagues, family, friends, and teachers, New York Times bestselling biographer Antonia Felix explores Sotomayor's childhood, the values her parents instilled in her, and the events that propelled her to the highest court in the land. With insight and thoughtful analysis, Felix paints a revealing portrait of the woman who would come to meet President Obama's rigorous criteria for a Supreme Court justice, examining how Sotomayor's experiences shed light on her Supreme Court rulings-and how she will continue to write her great American legacy. 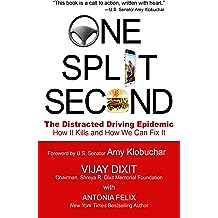 One Split Second: The Distracted Driving Epidemic - How It Kills and How We Can fix It Mar 13, 2016
by Vijay Dixit, Antonia Felix
( 26 )
$3.99
Our addiction to cell phones has made distracted driving a national epidemic. State patrol officers who deal with crashes every day see the phone as the new “open bottle” in the car that makes drivers impaired and dangerous. Add phones and other devices to the many types of distraction we already face—from tuning the radio to drinking coffee behind the wheel—and we have a crisis. But this crisis can be turned back if drivers make the right choice, the safe choice.

One Split Second can help drivers make that best choice. This book is a one-of-a-kind resource that brings together real-life stories, facts and figures, fascinating research about our behavior behind the wheel, and expert perspectives on how we can end the distraction epidemic. It is a book no driver can live without. 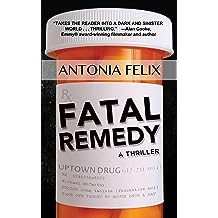 Fatal Remedy Oct 21, 2014
by Antonia Felix
( 19 )
$2.99
When Minneapolis sports psychologist Anthony Robson refers his wife to a psychiatrist for a prescription, he believes he’s putting her in the hands of a trusted colleague. But when she becomes Dr. Clayton Shepherd’s latest conquest, Anthony’s life and family are blown apart. As he plunges into a breakneck mission to shut down a sexual predator, Anthony teams up with state medical board investigator and military medical tech Camilla Black to uncover the string of suicides, broken lives and crimes strewn in the psychiatrist’s wake. Along the way, Anthony and Camilla discover that they’re not alone in a race to strip the psychiatrist of his license to kill.

A thriller inspired by the controversy over anti-depressant drug therapies for children, ethical and criminal issues in psychiatry and the power of Big Pharma, FATAL REMEDY is a chilling journey into the darkest corners of modern medicine.
Read more
Other Formats: Paperback 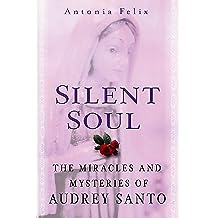 Three days a week, visitors from around the world enter the chapel of a small home in Worcester, Massachusetts. They have come to witness the Communion host that suddenly manifested a dark stain of blood during a Mass in this very room. Most of all, they have come to be near Audrey, the teenage girl who lies in a bedroom at the other end of the house.

Unable to move or speak after a near-drowning accident when she was three years old, Audrey is believed by many to be the source of the miracles in her home. Her family reports that she suffers the stigmata- the bloody suffering of Christ-- every Lenten season. Pilgrims to the Santo home and to Audrey's annual public "outings" claim to have been healed of cancer and other diseases. Lying in her little room, she is surrounded by medical equipment, including a respirator that keeps her alive, round-the-clock care-- and the prayers of her family and countless thousands who believe she has been touched by God.

Audrey Santo, the silent soul at the center of one of America's most famous religious pilgrimage sites, touches the hearts of everyone who hears her story. The doctors who treat her are bewildered by her survival. And her mother, a devout Catholic who has never given up hope that Audrey will fully awaken one day, believes Audrey is "a statement of life in our culture of death."

Is Audrey a messenger of God, part of a divine plan to strengthen people's faith? Or is she a severely disabled girl whose devout, loving family has drawn a miraculous circle of belief around her? What are the nonreligious explanations for the strange phenomena occurring in the Santo home? What is the Catholic Church's view, as announced in the first official report of its ongoing investigation? Is Audrey a "victim soul," taking on the illness and suffering of others? Did she receive this sacred call from Mary when her mother took her to the apparition room at Medjugorje? These questions and more are explored in Antonia Felix's Silent Soul, a thoughtful, fascinating journey into one of the world's most compelling modern mysteries.